A Time of Momentum for HMN and Secularism

A Tribute to Dale Heffron 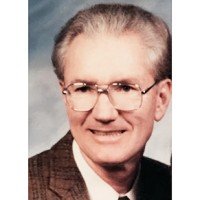 Dale Heffron was my only brother, my big brother by three years. He was my best friend and my model. He had my back. We were often together, although we each had our group of friends by age group. Increasingly he included me in his circle.

Dale got us into the Catholic Youth Center in Minneapolis, where we took boxing lessons and had bouts in a real ring. Professional boxing was big back then, the time of Joe Lewis, Jack Dempsey, Rocky Marciano, and others. Fights were broadcast on the radio. When both Dad and Mom were away, we would turn the middle room into a boxing ring, get into our boxing shorts, and turn on the radio to frame our match. At the end of each ring, we’d return to our corners and take our sponges from the water buckets and wipe away the imaginary sweat. It was all Dale’s idea. He never took advantage of his longer arms and greater strength. He’d make it a good match, but always stringing me along. He knew when to stop and return everything to normal before Mom got home.

He got me into the Elliot Park Neighborhood House and to its summer camp for four years. He got me into football youth leagues. He organized a neighborhood baseball league modeled on the All Star Baseball Game. Each player was a major league team. It was quite elaborate, a whole season. He was the St. Louis Cardinals. I was the Philadelphia Phillies. Only he could organize all the neighborhood boys into such a scheme.

When we moved from Minneapolis to St. Paul, Dale continued to include me with his older friends. After he graduated and went to the University of Minnesota and became a manager for the varsity basketball team, he gave me his tickets to all the home games. That really turned me on to basketball.

Dale had a group of older friends who found a church that had a gym where we could play half-court basketball. That led to lots of participation in that church, Olivet Congregational. The minister, “Pop,” was like a social worker. Two of our Minneapolis friends became involved too at Dale’s instigation. Dale became a member of the Y Camp St. Croix staff. He recruited those two friends and others in our Olivet group, including me. We all benefited greatly from our experience on the camp staff, all because of Dale and his record-setting recruiting efforts.

Much later when Dale was in the Army, he read the books of Bertrand Russell and other rationalist agnostics and would send me handwritten copies of many paragraphs. Those played a role in my theological quest and how it ended. Russell influenced not only Dale’s views on religion but also on the military and war.

The commander at the training camp where he was stationed used Dale’s social work and organizing skills and put him in charge of recreation, building and running a league. Under Russell’s influence, Dale became a conscientious objector. He told his commander about it, and the commander said that was okay, “Just keep doing what you’re doing.” With more reading and thinking, Dale told his commander he was now a total objector, opposed to the military. His commander said, that’s okay, “Just keep running the recreation program; it’s needed for conditioning and morale, you’re doing a great job.”

When Dale’s tour was up, he—the total objector—was given an “honorable discharge” for his good work and contribution to military morale. I was impressed by this and did my PhD thesis on American antimilitarism.

Back when I was the pastor of a church in Ohio, Dale visited us twice and took us to the national volleyball tournament. He was into volleyball and wanted to expose me to the sport. When we moved back to Minnesota, he encouraged me to learn to play volleyball and got me on his masters team. We played in the masters division of the national tournament and I continued playing under Dale’s tutelage for many years.

I became desperate when there were no prospects for teaching in my field. I had a good-paying job in college administration while doing my graduate work and was able to build up our savings. In my despair I put that into investments in the worst way at the worst time. Dale found out about that and arranged for us to do this investing together. This relieved the desperation but didn’t make up for all the losses, just made the best of a bad situation.

I was then able to launch a new career as band leader and keyboard player with my father on trombone and my son on drums and a friend on sax and clarinet. We had a big band sound, four-way vocal harmony, and arrangements by my father, who was in the Minnesota Music Hall of Fame, partly for doing arrangements for Lawrence Welk and starring on trombone. Dale was among our biggest fans. [Editor’s note: many of us have enjoyed Paul’s performances at HumanistsMN events as part of the Freethought Band.]

He encouraged me in my effort for HumanistsMN as editor of the newsletter and as a writer of articles. He joined the organization and at meetings he, the social worker, would scout out the newcomers and talk with them and make them feel welcome. I learned to do that from him.

I close with the lyrics of “My Buddy,” written by Gus Kahn and adapted by me.

Nights are long since you went away.
I think about you all through the day.
My Buddy, my Buddy,
Your brother misses you.

Miss your voice, the clasp of your hand.
Just long to know that you’d understand.
My Buddy, my Buddy,
Your brother misses you.