A Humanist’s Take on ‘The Meaning of Life’ 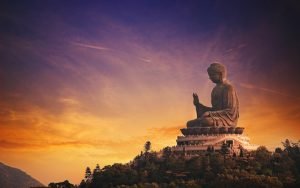 A seeker has learned that the wisest guru in all of India lives atop India’s highest mountain. It’s incredibly steep, and after many travails and hardships, including bitter cold and hunger, the seeker finally reaches the top. And there’s the guru, sitting cross-legged in front of his cave.

My wife and I once belonged to a book club that focused on books about religion. Every month we would meet in a member’s house to discuss a recommended book about a different major religion (Christianity, Buddhism, Hinduism, Judaism, etc.). Although we all appreciated getting together socially, we realized that after meeting for several years the group kept going over the same territory over and over again. Frankly, the discussions were getting pretty stale. We all knew that the club had just about run its course.

In an effort to revive interest in the club, one member suggested that everyone meet at a nice restaurant to discuss — I’m not making this up — the “meaning of life.” Although Glenna and I intended to go to this dinner, something came up at the last minute that sidetracked us. Now for all I know this could have been my single best opportunity to find the answer to this eternal mystery. (Could it be that the meaning of life is that life isn’t fair?)

Actually, to be candid, I have never really agonized over the lack of a satisfying answer to this question, notwithstanding the above-mentioned close encounter.  I was so busy dealing with my own “stuff” over the years that I didn’t have much time or energy left over to try untangling the fate of our species — seems like a big job. Perhaps now that I’m in the homestretch of my earthly tenure I can devote a little more time to this enduring question.

Many biologists and other scientists will passionately argue that the only “meaning” of life is that humans (and all living organisms for that matter) survive for the sole purpose of reproducing themselves. Evolution, they say, is essentially a process where organisms “naturally select” for variations in populations conducive to survival and reproduction. And, of course, these variations must be heritable so that they can be passed on to descendants. Theoretically, these variations could be almost anything. For example, a long neck or an additional digit in a hand-like appendage.

However, because of our highly evolved brains, humans have developed capacities that far exceed organisms whose nervous systems are much less developed. Could it be that it is only because humans are so clever that they have surmised that there must be a more complex, mysterious reality to life? One that will provide meaning to their many struggles and hardships? A reality that would explain the apparent chaos and randomness that often surrounds us, sometimes unforgiving and cruel? Or are we only deluding ourselves?

Of course, evidence exists that humans have always used their evolved intelligence to try to make sense of the environment they inhabited, and their place in it. Some of it isn’t really that hard to find — for example, Stonehenge, or Egypt’s pyramids. But archaeologically, these were relatively recent human expressions of attempts to deal with existential mysteries. Earlier clues of humans’ curiosity about their place in the cosmos could be found in the caves of Europe and the fire pits of Africa. 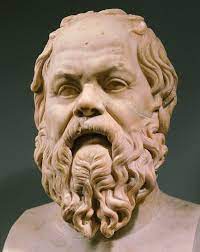 Yes, this quest for meaning has been enduring, but it has not been necessarily linear, expressing itself in fits and starts. For example, there was a veritable explosion of philosophical and religious expression from 500 to 300 BCE over distinct and widespread regions of the world. Historians sometimes refer to this as the “Axial Age” because of its transformative importance in humanity’s philosophical or religious development. This was a period when the civilized world experienced a giant step forward in a more rigorous philosophical and ethical examination of life that still reverberates to the present day. In that span, the world saw the development of philosophical rationalism in Greece, Hinduism and Buddhism in India, and Confucianism and Daoism in China.

Even though these philosophical/ethical traditions developed independently of each other, they shared striking similarities, according to the eminent historian of religion Karen Armstrong. A key similarity, she says, was the emphasis on compassion, self control, and justice in the advancement of human affairs, as opposed to the moral limitations of violence and war. And, interestingly, the great sages of the Axial Age — Socrates, Buddha, and Confucius — did not create this compassionate ethos in a halcyon era of peace and tranquility. Violence and warfare were part of the common fabric of their lives. (Socrates, in fact, fought in three separate campaigns during the Peloponnesian War.)

So a plausible argument could be made that violence and warfare may actually have been the catalyst that inspired the great philosophical, religious, and ethical impulses of the Axial Age. It’s as if these great thinkers used their insight, intelligence, and experience to teach us that there must be a better way for humans to exist, or else. That unless humans take a different path we are doomed to enslave and kill each other in an endless loop of violence and injustice.

Fast forward to the present day and one wonders if the great teachings of that era, as well as later Christian and Islamic teachings, have really made a difference in reducing violence and injustice in human affairs. Perhaps. Some historians (and others) have argued that relatively speaking, the level of violence and war is much less today than in the past and that we humans are now generally safer. Statistically, they may be correct, but I have lingering doubts. 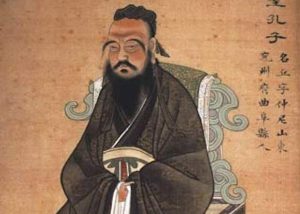 Are We Existentially Safer Today?

With the proliferation of weapons of mass destruction, the margin of error for the safety of our species on this planet is considerably less today. For example, less than 100 years ago, millions of Ukrainians were starved into submission through terror perpetrated by a Soviet Bolshevik regime. However, this grave injustice did not pose an existential threat to other Europeans, or Americans, at the time. Now, nearly a century later, as the spiritual descendants of that regime perpetrate another great wave of terror on Ukrainians, is this still true? Are we existentially safer? Not if you have been following the news lately.

Evolution in many ways is an exercise in challenge and response. A species’ survival depends on its ability to adapt to the threats in the environment. But for the human species, what if existential threats arise not only from the outside environment but also from our own unmitigated self-destructive impulses? And what if those impulses are now constantly exposed to the accelerants of misinformation, myths, and outright lies?

The great philosophers of the Axial Age used logic and reason to teach their followers that leading ethical lives promotes justice and compassion, which are essential elements for peace and harmony in human affairs. Implicit in these instructions was the need for individuals to control their own internal passions that, left unmitigated, could lead to violence, injustice, and war. The eastern philosophers of this era further emphasized that the attainment of these virtues needed to be sharpened through continual practice. (Indeed, if humans were genetically endowed inherently with the traits of compassion and justice, would there ever have been concentration camps, animal slaughterhouses, or a ravaged Earth?)

Which brings me to the subject of this article. As the parable above so wisely implies, climbing a mountain to seek out a spiritual guru in search of the meaning of life is likely to lead to disappointment. Assuming there even is a meaning of life, it is unlikely any individual, including gurus, can solve this mystery for you.

However, great thinkers of the past, including those of the Axial Age, have laid plenty of bread crumbs for us to follow on how to find more meaning in life. And modern day humanists have carried on this tradition by emphasizing that a more meaningful life can be had if you deepen your own commitment to justice and compassion for other humans, other species, and the Earth itself.

So, my friends, save yourselves a trip up that mountain. Not only is there no right answer to the question of what the meaning of life is, it’s not even the right question.