We Did Good in Our Community!

April 2022: The Science of Mental Immunity 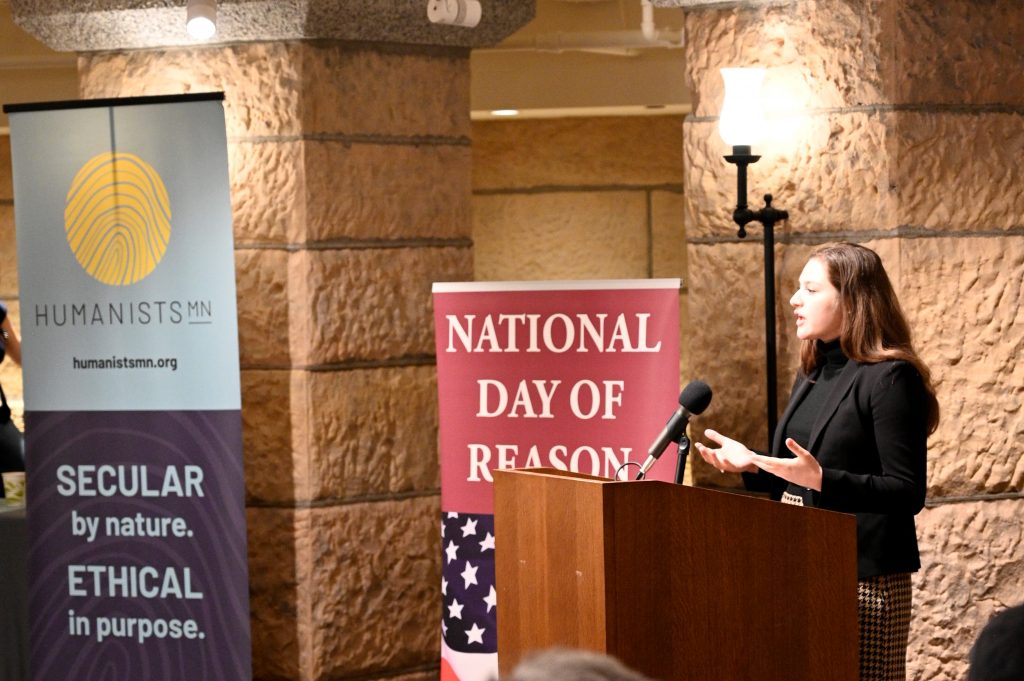 After a two-year pandemic-related absence, HumanistsMN returned to the State Capitol on May 5 to observe the National Day of Reason, which honors the principles of secular lawmaking and separation of religion and government.

As in 2019, we joined hands with First Unitarian Society of Minneapolis and Or Emet, the Minnesota Congregation for Humanistic Judaism, to sponsor a breakfast with legislators to affirm that policy should be based on reason, science, and evidence, not on religious preference.

At the Capitol and at a brewpub event the evening before, our guest speaker  — secular-voters organizer Sarah Levin (pictured)  — urged us to mobilize to counter the growing threat of Christian nationalism and dogma-influenced policymaking, for example the draft Supreme Court decision to overturn Roe v. Wade.

Thanks to the legislators who attended the breakfast, including Senators Jim Carlson and Jen McEwen and Representatives Robert Bierman, Heather Edelson, Sandra Feist, Mike Freiberg, and Todd Lippert.

We know many people support the Day of Reason principles. As Sarah Levin advised, we just need to organize to increase our political clout! 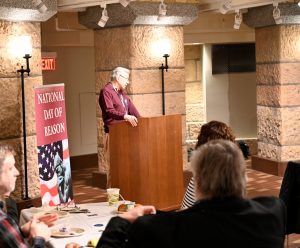 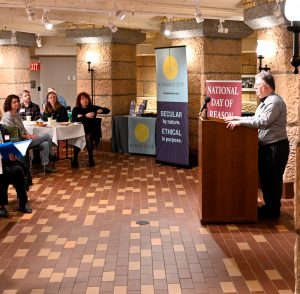 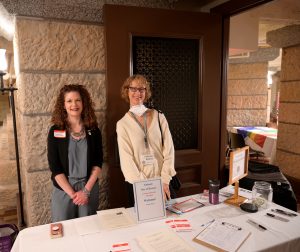 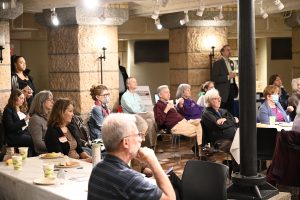 Day of Reason audience in the Capitol Vault 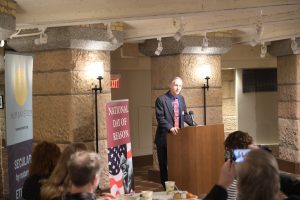 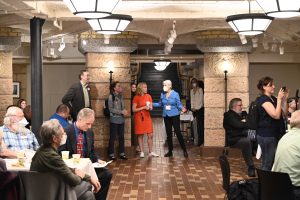 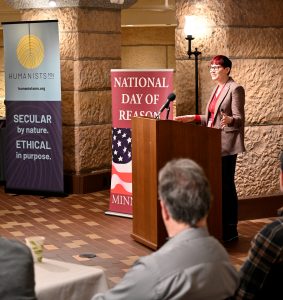 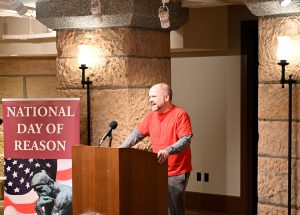 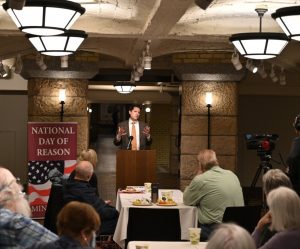 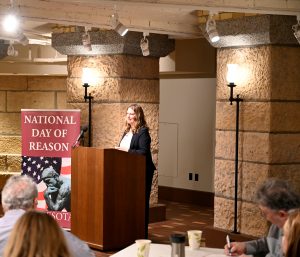 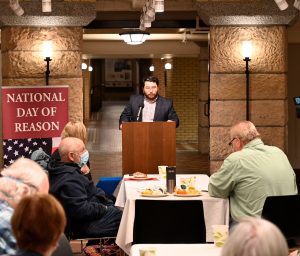 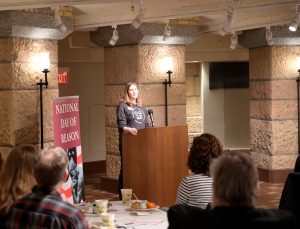 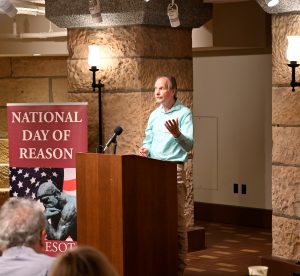 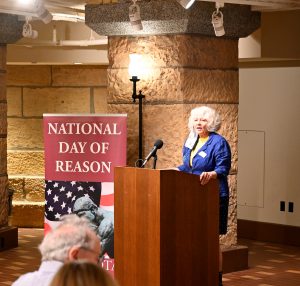 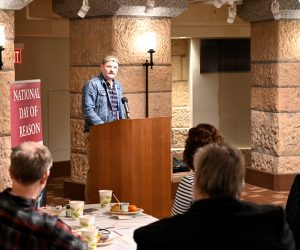