March 2022: The Humanities Thrive with Justice for All

We Did Good in Our Community! 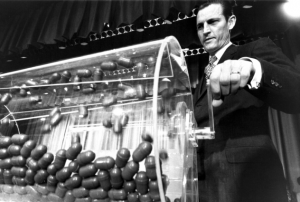 There is a genre of fiction called “alternate history” (sometimes referred to as “alternative history”). You no doubt have either read a novel or watched a movie or television program based on an alternate history of events. Some of these books or programs are very good, some not. But they all challenge us to see the world as it might have been had someone made a different choice, or had chance intervened to change the trajectory of human events.

As I have aged and looked back on my own life, I have often marveled at how things could have been so different had I made just one different choice. In many ways, your reading this article at this moment in time is really the culmination of innumerable choices, or choices not made, by both you and me over our lifetimes. Many of those choices were wise, some were not. Even so, here we are.

We also need to factor in chance. Hasn’t chance played a prominent role in your life, where luck, either good or bad, significantly changed the trajectory of your life? For example, think about how you met your partner or significant other. Did you meet in a class at college? If so, what if your future partner was able to get into that class only because someone else dropped out at the last minute? You get the idea.

However, that is really just scratching the surface of how we, at this precise moment, came to be who we are. We would also need to factor in the choices of both of our parents (biological and adoptive) during their lifetimes. Right? And why stop there? What about the choices of their biological parents, and so on. For example, what if your grandparents decided to immigrate to America in 1912 instead of Australia only because a cousin wrote a letter to your grandfather saying jobs were plentiful in the mills along the Mississippi River here in Minneapolis.

But even then you would need to factor in chance, or perhaps more correctly in your grandparents’ case, choices made by others over which they had no control. For example, what if your grandparents chose to come to America in steerage on the passenger liner Titanic in that year? As you may know from reading history (or seeing the movie), the captain of that ship (Edward J. Smith) made the foolish choice to maintain his current speed and disregard the danger of icebergs. So, in effect, those unfortunate souls who drowned could have included your grandparents and there would be no “you” to read this article.

I have always been fascinated by the intersection of individual choices with historical events, which are usually beyond the control of the average individual. And how that intersection of choice and chance can then set off a further chain of events leading to the present moment. For example, in my own life I made a very unwise choice to drop out of college during my sophomore year. I was not very happy with what I was doing and where I was at and thought I could always pick up my studies at a later time without consequences.

Why was this choice unwise? I made this decision in March 1965. For those of you who don’t remember (or are too young), that was the month the first U. S. combat troops (3,500 Marines) landed in South Vietnam on orders from President Johnson to enter into the ongoing war between the South Vietnamese government and local insurgents, the Viet Cong. That was also the month that the U.S. first started bombing North Vietnam in what was ominously called “Operation Rolling Thunder.”

Consequentially, the United States went from being a military advisor in a war to being at war. By dropping out of college, I had lost my student deferment, resulting in my receiving a letter a month or so later from the U.S. Selective Service informing me that I was now classified 1-A- “Available for Military Service.” So, bottom line, I cleverly managed to lose my student deferment from being drafted into the armed forces in the very same month that our country went to war. (Nice work, kid!)

In February 1965 the Selective Service inducted 3,000 young men into the Army. In March that number increased to 15,000 inductees per month. In July it more than doubled to 35,000 per month. I had planned on returning to college in September but now realized that those plans were in jeopardy. Johnson was not playing around; the U.S. was fully committed to defending South Vietnam from a Communist takeover.

Then came a twist in my fortunes. In July 1965 I was playing a pickup basketball game outdoors when I felt a sharp pain in my chest. The pain did not subside and I was barely able to make it to the nearest hospital emergency room. I was promptly examined and treated for a collapsed lung (pneumothorax). I remained in the hospital for a few days thereafter and at the time thought this was an unlucky break.

I went back to college in September but learned to my chagrin that I no longer was eligible for a further deferment. When I was inevitably called up for my draft physical in December of that year my lung had apparently not fully healed and I was classified 1-Y- “Qualified for Service Only in Time of War or National Emergency.” (Weren’t we at war already?) In any event, they didn’t call me back. I dodged a bullet – perhaps literally. My “unlucky break” in July wasn’t unlucky at all as it turned out.

But there’s another twist to this story. In 1969, while living in California, I received a notice in the mail indicating that I was now subject to the first draft lottery in this country since 1942. Men born from January 1, 1944, through December 31, 1950, would be called up based on the order of 366 days of the year written on small pieces of paper,  put in a small blue capsule,  dumped into a glass jar, and randomly selected. Your birth date determined your fate. On December 1, 1969, the piece of paper with my birth date on it was the 352nd pulled from the jar. The Selective Service never bothered me again even though the war dragged on for six more years. For all intents and purposes, I won the lottery.

I am sure all of you who are reading this account have similar stories about events in your lives. How choices you made in your life turned out differently than what you expected, or how “luck” or historical fate intervened to change the trajectory of your life. This can also be true if you did not make a choice when you had the opportunity. For example, lacking the confidence, or being too fearful, to seek something you really wanted – something you later regretted over the years.

That Vietnam story was just one of many episodes in my life that was life changing. Thanks to a pickup basketball game, and some lottery luck, I was saved from a foolish choice and did not become cannon fodder in a misguided, faraway war. However, that episode changed the trajectory of my life in more ways than one. I hadn’t really even heard of Vietnam at that time, but this event focused my attention on this terrible episode in our country’s history and radically changed my views on politics and my willingness to act on these views. This then led to a chain reaction of other choices in my life, leading me eventually to write this article you are now reading. But the immediate significance of that episode was that I survived when so many others my age did not, or came back horribly wounded physically or psychologically.

Anthropologists have determined that anatomically modern humans first walked this planet about 150,000 years ago. This is about 7,500 generations of our species. Think about the odds of all of your ancestors (paternal and maternal) being able to survive long enough despite ubiquitous famine, disease, war, pogroms, natural disasters, accidents, foolish personal choices, etc., in order to produce their latest living manifestation – you. Statistically, those odds are practically astronomical. So, if by any chance you’re going through a difficult time right now, just glance up from your laptop or tablet for a brief moment and consider this – you exist, you are alive. You are a winner of our species’ historical lottery.