A Call for Humanists to Again Address the Question of War: Part 2 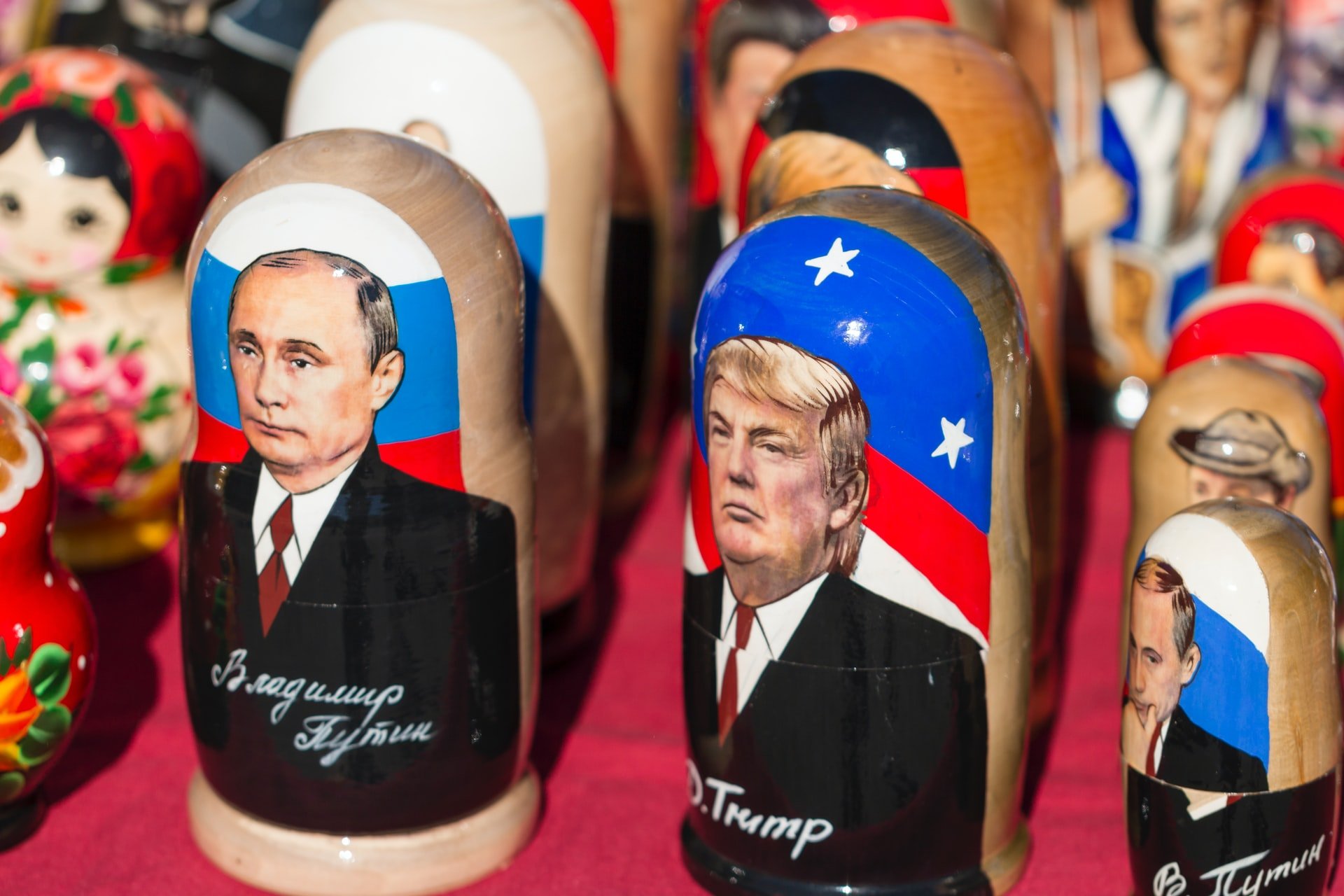 Photo by Jørgen Håland on Unsplash

— Former National Security official Richard Clarke, on being asked about the recent actions of the Russian president.

“I am the only one who can make America truly great again.”

Like many of you, I have been closely following the horrific war between Russia and Ukraine these past few weeks. The world has indeed been outraged by the unjust and extreme level of violence targeted at a people who just want a country of their own. What kind of person could unleash such death and destruction to so many people without remorse?

Perhaps the following vignettes will give you an insight on the character of the man who unleashed this carnage on Ukraine, Vladimir Putin.

In 2005, the owner of the New England Patriots, Robert Kraft, had the opportunity to visit Vladimir Putin in Moscow. Kraft’s team had recently won Super Bowl XXXIX over the Philadelphia Eagles and during the meeting he removed his huge, diamond-encrusted Super Bowl ring and proudly handed it to Putin for his inspection. After glancing at it, Putin pocketed the ring and walked out of the room surrounded by three KGB agents.

In 2007, Putin had a meeting in the Kremlin with Angela Merkel, then Chancellor of Germany. Knowing from Russian intelligence that Merkel was deathly afraid of dogs, Putin brought his huge black lab, Koni, with him to the meeting.

Even if you didn’t know Putin’s history of unleashing brutal wars against civilian populations (Chechnya, Syria, Ukraine), these episodes alone would reveal someone with deep character flaws. Essentially a sociopath with no conscience about how his behavior affects other people. But the question arises, how could such a corrupt, greedy, power-hungry individual rise to the top of such a large and powerful country? A country with great cultural and scientific traditions.

Political scientists and historians will suggest that, although not inevitable, the historical lack of a Russian democratic culture, along with the dearth of intermediary civic institutions, created the appropriate conditions for Putin’s ascent. In other words, a country perennially ripe for the cleverest, most ruthless individual to have the inside track in obtaining political power. Think Lenin, Stalin, or Khrushchev.

All this is true, but critical domestic economic and security threats in the 1990s helped propel Putin into the megalomaniac that he is now. When Putin was appointed Prime Minister of Russia in August 1999, the Russian economy was in severe distress with unemployment at over 14 percent. After the demise of the Soviet Union in 1991, the country moved from a centralized command economy to a decentralized, quasi-market economy. The average Russian was economically displaced by these macroeconomic changes and as a result, had to navigate through a new era of insecurity without the safety net previously provided by the former Communist regime.

Also in August 1999, the Second Chechen War erupted. Chechens are a fiercely independent people who live in the Caucasus in the south of the Russian Federation (the region between the Black and Caspian Seas). Since the breakup of the Soviet Union, Chechens were determined to seek their independence from Moscow, similar to other regions that declared their independence in 1991.

In September of 1999, Russia was hit by a series of grisly terror attacks that were attributed to Chechens. This set off a wave of fear throughout Russia, which combined with the ongoing economic anxiety set the stage for the Russian public to seek a “strongman.” Someone who would restore a sense of safety and security. Someone who would bring the country back from the abyss.

The Russian people had been clearly traumatized by these events and were desperate to have the suffering and fear they were experiencing alleviated. The president of Russia in 1999, Boris Yeltsin, was a blundering alcoholic who was showing clear signs of dementia. He was widely unpopular for his incompetence and weakness in the face of the country’s desperate situation. Yet, surprisingly, on December 31, 1999, Yeltsin resigned his office and anointed Putin his successor as president of Russia. In the midst of fear and uncertainty, the Russian people seemingly got their savior (a former career KGB spy), a man who would restore Russia to its previous, perceived rightful position in the world. A man who would make Russia great again.

As I write this article in March 2022, the United States is experiencing the fastest annual pace of inflation in four decades. A report this month indicated that 64 percent of Americans are living paycheck to paycheck —in a country where income inequality is greater than any other industrialized nation in the world.

Also as of this writing, 953,000 American deaths have been attributed to Covid-19 since the pandemic started two years ago. (The unofficial number of deaths is universally acknowledged to be much higher.) This has helped contribute to U.S. life expectancy falling by two years ‒ the largest such decline in almost a century, and the largest among all 29 “high income” countries of the world.

Troubling also is the significant rise in violent crime in U.S. cities over the past decade. Although property crimes and robbery have fallen significantly, murder, rape, and aggravated assault all climbed by 25 percent, or more, in major cities nationally. Anecdotally, in most big cities, people are feeling more insecure about their personal safety than at any time in decades. For example, based on numerous local published reports, the substantial increase in carjackings here in the Twin Cities has created a level of fear and anxiety not experienced in many years.

Historically, the administration of Donald Trump from 2017-21 is generally considered to have been one of the most incompetent, corrupt periods in our history. Trump also encouraged, and helped organize, an attempted violent overthrow of a democratically elected government. A purveyor of the “Big Lie,” the former president has similar sociopathic tendencies that afflict Putin, for whom Trump has vocally expressed his admiration on many occasions.

And it is not just Putin’s poisonous personal style that Trump, and his many followers, admire. Russia under Putin has promoted the idea of a national ethno-state, where the Russian Orthodox Church socially and culturally dominates, while assigning minorities, women, and gays their rightful (i.e., lower) place in society. This is almost a mirror image of the social, cultural, and political goals of Trump’s base ‒ the Christian Nationalist Right.

Chillingly, Trump has almost complete control over one of our two major national political parties. Most pundits believe he will run for president again in 2024. He has always positioned himself politically as someone who is “strong” and his opponents weak. Someone who famously said that “I alone can fix it.” With the continuing dysfunction of Congress, and the weakness many perceive of our current president, the electorate may yet again turn again to this aspiring autocrat.

Not coincidentally, in preparation for Trump’s presumed candidacy, many state governments have passed laws restricting voting rights that will make it difficult for the Democratic candidate to win in 2024. Moreover, several of these same states have either proposed, or passed, laws negatively effecting the rights of women, gays, and minorities. And the Supreme Court of the United States, dominated by backward-looking “originalists,” are primed to uphold these restrictive laws. Many of which are an abomination, like the ability to collect bounties by suing people who help women obtain abortions.

Personal safety and economic insecurity will very likely be major issues in the upcoming national elections in 2022 and 2024. Are conditions ripe for the return of the American “strongman”? Someone who would seemingly bring the country back from the “abyss”? And, if elected, would Trump and his supporters make America “great” again by even greater levels of greed, corruption, and incompetence on the way to creating America’s version of a white, Christian ethno-state?

Should that occur, there would be someone in Moscow who would be smiling inwardly. The same man who helped propel Trump to power in 2016.