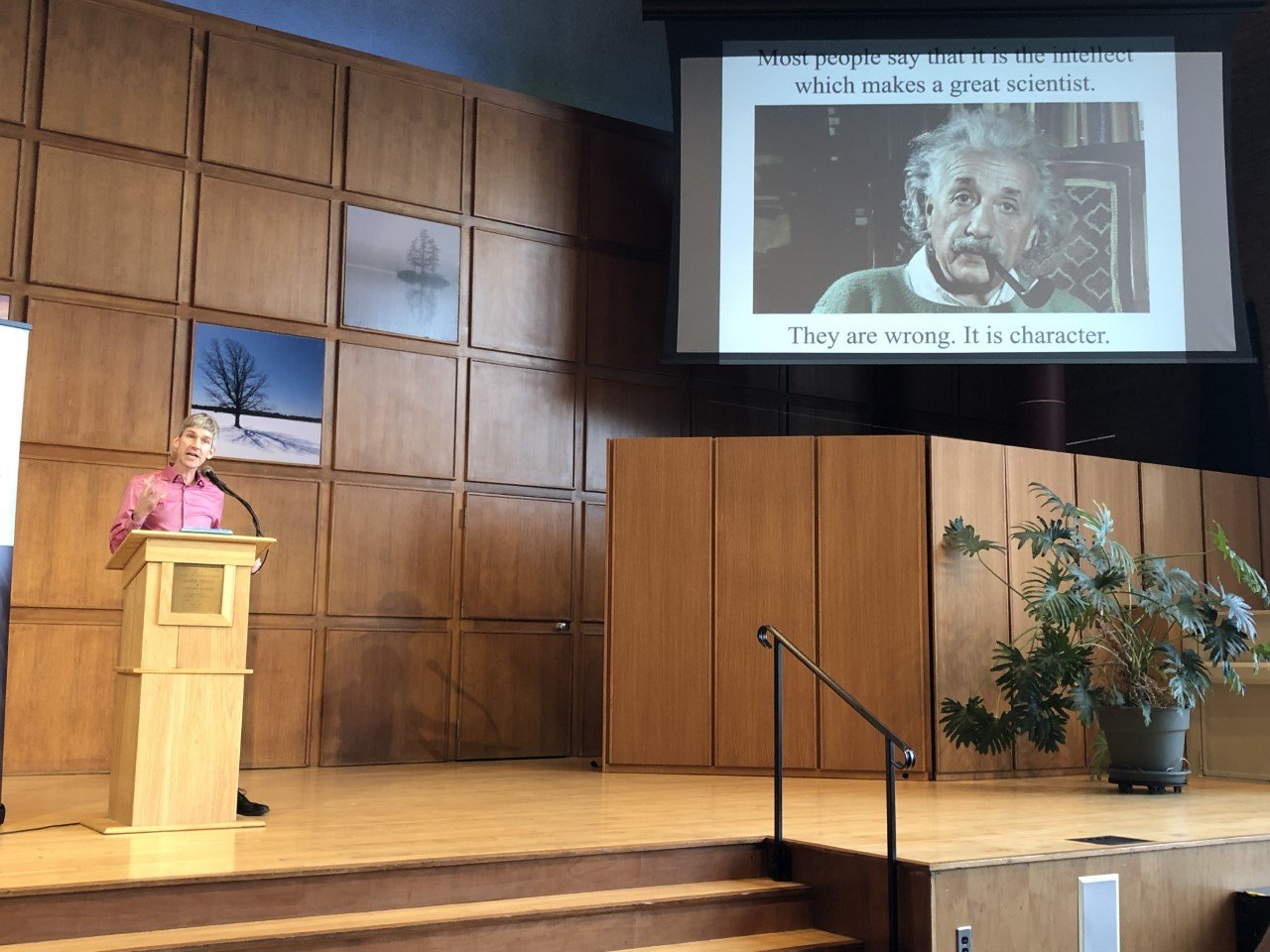 Science is usually a force for good in the world. But science writer Sam Kean, who spoke at our February Community Gathering, discussed cases where obsession led scientists to twist a noble pursuit into something sinister.

He cited three examples from his latest book – The Icepick Surgeon: Murder, Fraud, Sabotage, Piracy, and Other Dastardly Deeds Perpetrated in the Name of Science –  anatomists who relied on grave robbers to provide bodies for them to work on, rival paleontologists who sabotaged each other’s work, and the much-reviled  inventor of the lobotomy.

Kean quoted Albert Einstein, who said, “Most people say it is the intellect that makes a great scientist. They are wrong. It is character.”

Watch a video of Kean’s presentation below (starting at 17:58).