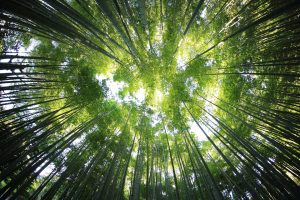 —Words and music by Woody Guthrie (adapted from traditional spiritual)

Many years ago I had an existential crisis — literally. It dawned on me that I would actually die. Maybe not the next day, or the next year, but I would certainly die.

Of course, part of growing up is learning that every living being has to eventually die. But, strangely, on some level, I thought that death would not apply to me. (This is different from thanatophobia, which is fear of death.) Psychologists will tell you this is not an uncommon experience. After all, the only reality that I had ever known, or could comprehend, was my own existence through conscious awareness. I couldn’t really comprehend non-existence. Nor did I really want to.

All adults over a certain age have experienced the deaths of others, including family members and friends. This experience involves the pain of loss, and for most people, suffering. Not only for the deceased, but selfishly for ourselves as well. No longer will we experience the love, comfort, or friendship that these people provided in our lives. But, frankly, it was their existence that was extinguished. We continue to exist, albeit sadder and lonelier. And no matter how strong our ability to empathize with the fate of others, we cannot really comprehend someone else’s crossing the portal into non-existence.

I certainly didn’t believe in heaven or hell, but my mid-life crisis got me thinking about whether the natural universe provides another option, other than non-existence, after death. This question kept nagging at me and soon I wanted to learn more. And it became more than just a passing curiosity. After all, I had just realized I was going to die, really die, and eternity is a long time. Plenty of motivation to learn more about this question, if you ask me.

I don’t recall using the internet much during that time, if at all, but I do recall spending significant time in the library researching the possibility of some form of consciousness, or maybe awareness, after death. I never bought into the theory of “life after death,” nor was I persuaded by the idea of a supernatural soul or spirit, but what if consciousness somehow remained even after the death of the body? Of specific interest to me were books about people who had “died” and been brought back to life. And indeed, there were several books about people having “near death” and “out of body” experiences.

In my reading I learned that a common near-death experience (NDE) involved someone who “flatlined” on an operating table. When brought back to life, he or she often recalled in exquisite detail the events that occurred while they were considered dead. Sometimes the person described how they were hovering overhead and looking down on the frantic efforts of hospital staff as they performed their life-saving procedures. Typically, the resurrected patient would also say they experienced a feeling of utter calm, often bliss, prior to being brought back to life.

Another common NDE involved going through a tunnel toward a light of immense brightness. Others related similar journeys, but also described seeing colors or hearing sounds never experienced on Earth. Often people said they saw, or even communicated with, loved ones who predeceased them. Most, but not all, of these NDEs were reported to be extremely joyful. Many people were actually saddened about returning to life, and some even tried to resist being resuscitated.

As an aside, I also read about folks who had experienced past-life regressions through hypnosis. These folks were able to conjure up thoughts and feelings of previous incarnations. Good for them, I thought, but to me this was just a sideshow. No past life has ever been verified scientifically and, in any event, I never really aspired to be a knight in King Arthur’s Court or a crew member on Captain Nemo’s submarine. Perhaps if these past lives revealed people with normal activities or jobs, like chimney sweep or used-car salesman, these stories would be more credible. Even so, as Thomas Hobbes succinctly put it, most lives back then were in reality “nasty, brutish, and short.”  Who needs that?

The scientific community has come up with several theories regarding NDEs. One is that these are hallucinations triggered by low oxygen levels in the blood (hypoxia). Another more widespread explanation is the “dying brain hypothesis.” The theory here is that hallucinations occur when brain activity is altered as brain cells begin to die. However, even after many years of research, there is still no definitive scientific explanation for this phenomenon. This is perhaps why scientists are newly interested in studying the effects of hallucinogenic drugs as it may impact our understanding of NDEs.

In many respects, humans are only just beginning to understand the natural world. For example, there is breakthrough scientific evidence that underneath a typical forest exists a highly sophisticated network where plants exchange information for mutual benefit. In this ecosystem, trees have evolved to live in cooperative, interdependent relationships, maintained by communication and a collective intelligence similar to an insect colony. Who knew that “lowly” plants had these abilities?

Humans are also beginning to use new scientific tools that will expand their knowledge exponentially. Artificial Intelligence, machine learning, and quantum computers are just a few of these new tools humans now, or will be, using to understand natural phenomena. Who wouldn’t be surprised if what we currently believe is completely turned on its head 50 or 100 years from now? In some respects, we humans in 2022 are not so different from our early ancestors who looked out at the moon and stars for clues as to their origins and significance.

Every living being crosses the threshold from life to death alone. As cool as it would be for my decaying carbon atoms to somehow merge with other atoms in some form of web of universal awareness, I am not expecting much. But, really, what do I know? Is it heresy for a humanist to even be thinking about this?

So, is there any evidence of a form of consciousness after death? No. But more scientists are studying these types of phenomena and are letting the facts drive the research as opposed to faith, religious belief, or preconceived scientific notions. Where this winds up nobody knows. As a humanist, I am skeptical that there is any form of awareness, or consciousness, after death. But as a humanist, I am also keenly aware of what I don’t know and that science and technology will ultimately determine how our still existing atoms, after death, will be reassembled and recycled into the universe’s ecosystem.

Will these atoms that used to belong to “me” display an awareness similar to those that exist in a forest? Although skeptical, I wouldn’t reject it out of hand. Stay tuned.