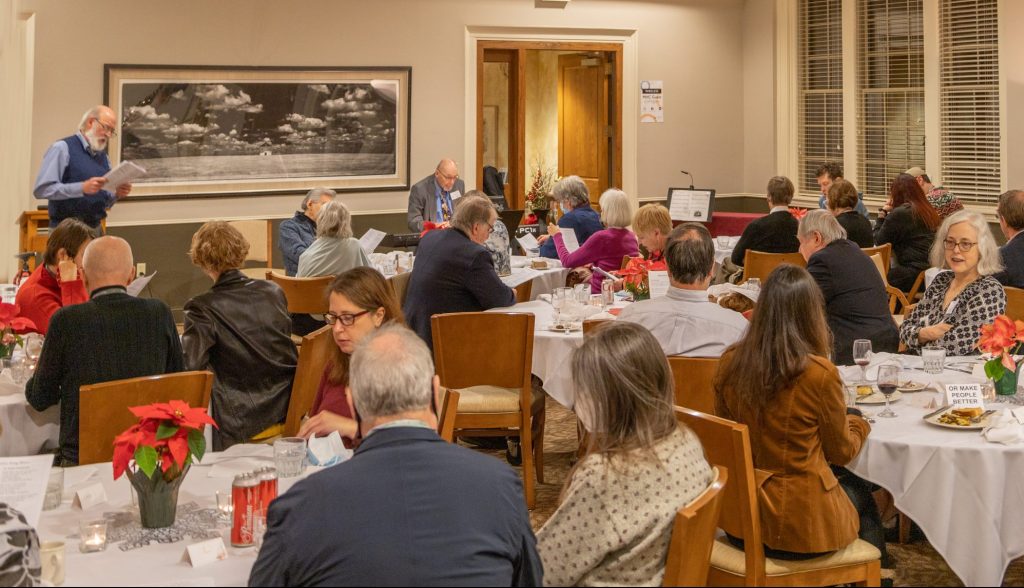 Humanists and other freethinkers celebrated the Winter Solstice in secular style on Dec. 18 at the Humanities Center in St. Paul.

Organizers of this year’s “Festivus for the Rest of Us” decided to draw on talent that is right under our nose — that of our members! Board member Jerry Smith served as M.C. for the Festivus Follies, which offered up poetry, satire, comedy, music, readings, and storytelling.

The celebration also featured dinner, drinks, socializing, and secular carols.  The HumanistsMN Board, in honor of the organization’s 35th anniversary, announced the Paul Heffron Scholarship for Secular Students. (Find out more here.)

As in previous years, revelers brought gifts for The Bridge for Youth, an organization that provides services to young people who are homeless or in crisis.

Thanks to Richard Trombley for taking most of the following photos. 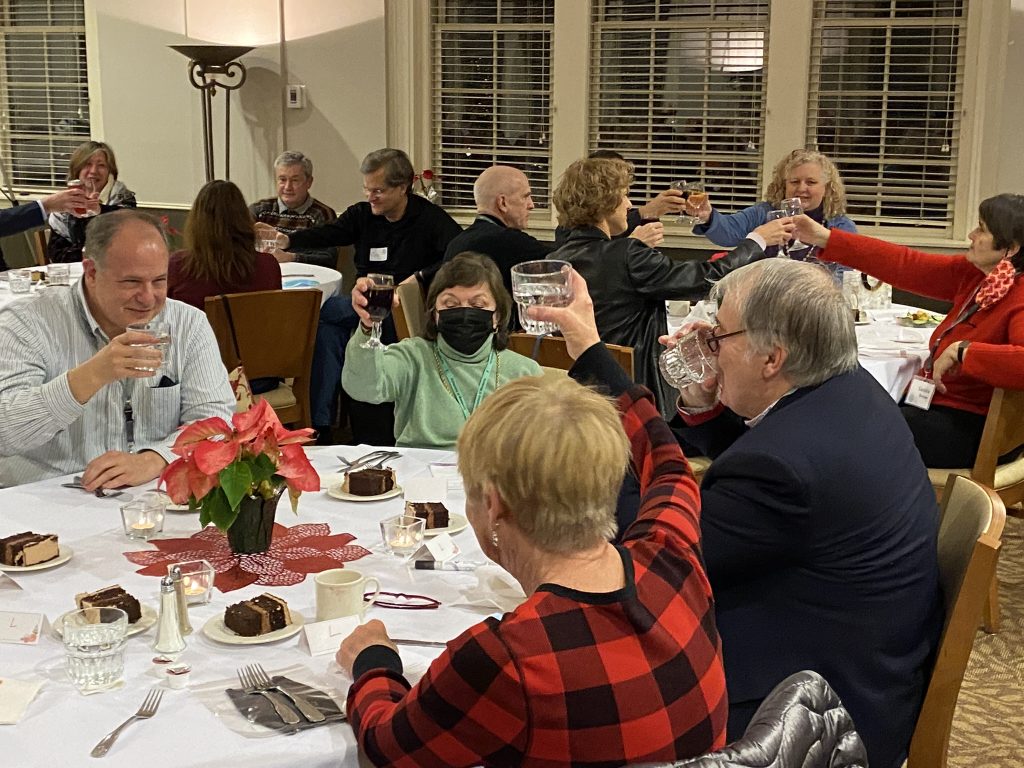 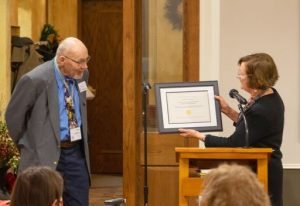 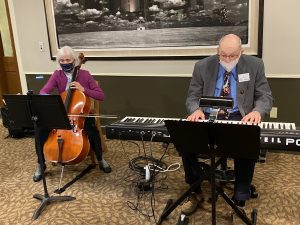 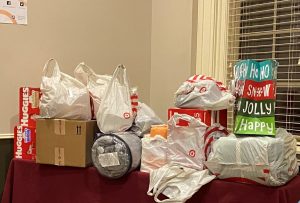 Gifts for The Bridge For Youth 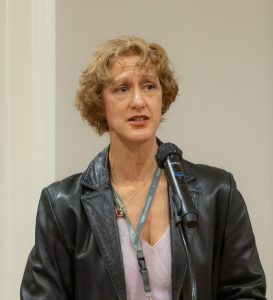 Christine Retkwa offered thoughts on the importance of community and the operation of well-functioning groups. 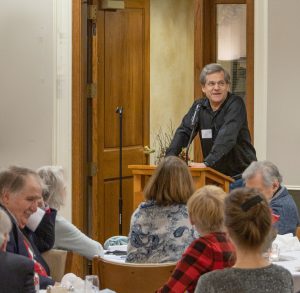 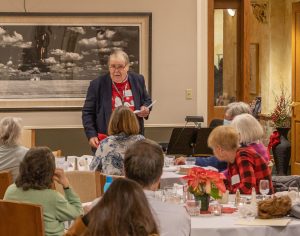 Alfy Wolfram told a story about the Civil War that had a twist ending. 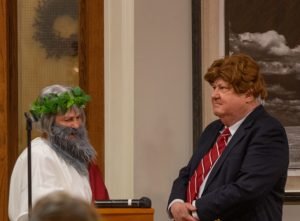 Suellen Carroll and George Kane offered a modern take on the Socratic dialogue in Plato’s “Euthyphro.” 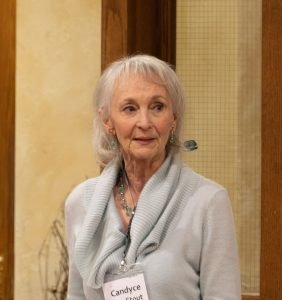 Candyce Stout read a poem that she wrote, “Snow-man or No-man” 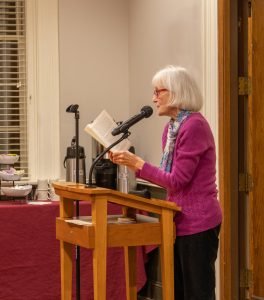 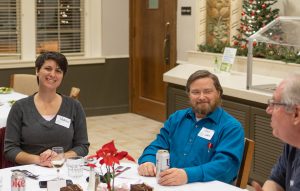 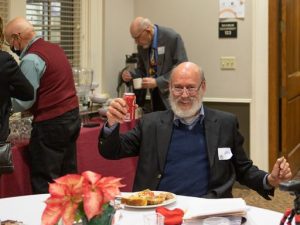