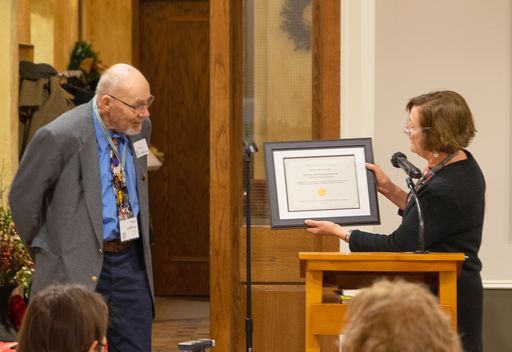 In commemoration of HumanistsMN’s 35th anniversary, the Board created the Paul Heffron Scholarship for Secular Students. Board Member Suzanne Perry made the following remarks at our Winter Solstice celebration in December before presenting a framed certificate announcing the scholarship to Paul.  Photos of Paul over the years follow.

We’d like to take a moment during our festivities to note that HumanistsMN is celebrating its 35th anniversary this year.

We were founded in 1986 as the Humanist Association of Minneapolis and St. Paul. Our origins make quite a story, involving the ouster of a man who had set up a different humanist chapter in the Twin Cities as part of an elaborate insurance-fraud scheme. You can read an article with more details on our website.

We became Humanists of Minnesota in 2000 and HumanistsMN a few years ago. We started annual Winter Solstice celebrations like this one, jointly with Minnesota Atheists, in 1993.

How do I know this history? Because we have a chapter historian who has documented much of it. I’d like to introduce him: Paul Heffron.

Nathan Curland recently sent me a list of all our members with their join dates. Only one person has been a member since the very start, in 1986. That person is Paul Heffron.

We couldn’t think of a better way to commemorate our anniversary than to honor this founding member. Paul’s contributions to HumanistsMN and to humanism writ large over the years are invaluable.

As just one example, he was the keyboard player and songwriter for the Freethought Band, which entertained for years at many of our events, and those of other other secular groups, playing songs like “Good Without God” and “The Periodic Table of Freethinkers.” The band still operates a website, freethoughtmusic.com, where you can find lyrics and scores for their songs.

Nathan will now tell you a bit more about Paul. (Nathan, former editor of the HMN newsletter, discussed Paul’s many contributions to that publication over the years. He also praised Paul’s caring behavior, for example his work visiting and supporting humanist prisoners and serving as a go-to person in knowing where our members are, how they are doing, and who needs help and support.

(Nathan then presented Paul with a new nametag lanyard that reads “Founding Member.”)

We have one more thing to present to Paul. When the board discussed how we could honor his legacy, we agreed to do something to promote the next generation of humanists. We know that’s a goal that is near to Paul’s heart. Paul has been a big supporter of our work with young people, for example at Camp Quest, the secular summer camp.

Here is a framed certificate that explains what we did. It reads:

On the Occasion of Its 35th Anniversary, HumanistsMN Has Created

In recognition of Paul’s service since 1986 as founding member, chapter historian, musical entertainer, newsletter contributor, and humanist advocate in word and deed.

Announced on Dec. 18, 2021, at the Winter Solstice Celebration

We will award our first scholarship, for $1,000, in 2022.  We will work through the Secular Student Alliance, who will help us find a Minnesota student who might, if we’re lucky, be the next Paul Heffron. We hope to make this an annual scholarship.

Thanks, Paul, for your many contributions. 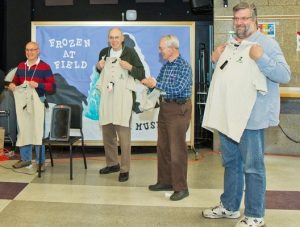 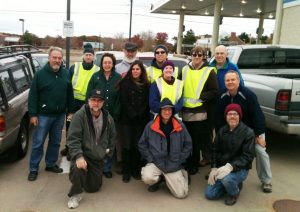 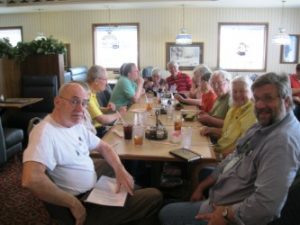 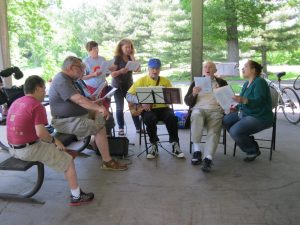 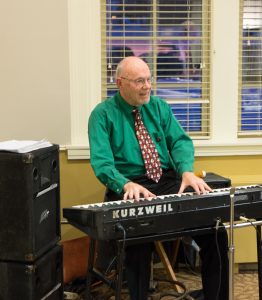