May 2021: Annual Meeting Reviews Past Year, Elects Board Members, Votes on Bylaws 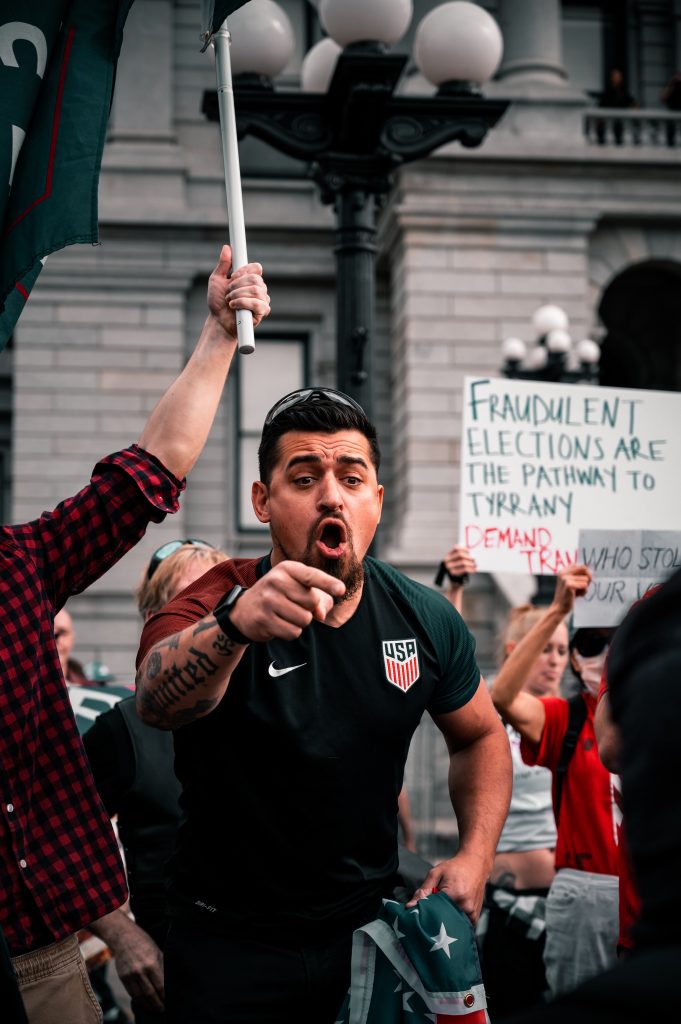 “In addition to winning the Electoral College in a landslide I won the popular vote, if you deduct the millions of people who voted illegally.”
– Donald J. Trump

“There is always a well-known solution to every human problem—neat, plausible, and wrong.”
—H.L. Mencken

For those of you who do not follow politics, or current events, the term the “Big Lie” is now being reserved for the fact-free narrative espoused by our former president, and his minions, that the 2020 presidential election was “stolen” by the Democratic Party in critical states that he lost. The Democrats are alleged to have accomplished this through massive voter fraud. This false narrative has now morphed into a full-blown conspiracy theory where additional fabricated information (e.g., Arizona used ballots originating from Communist China) can be added at will to invigorate and sustain the narrative via the vector of social media.

The fact that there is no evidence to support this narrative is immaterial. It’s the power of the narrative to motivate (in this case) your political party and its acolytes to remedy the supposed injustice. For the Republicans, this has involved changing state voting laws to make it harder for minorities to vote (along with other voter-suppression tactics). Theoretically, this will help restore order and justice to the GOP’s delusional world view that it actually won the last presidential election. Practically, it’s likely to set the stage for future elections to be stolen by Republican party loyalists.

The utility of a “Big Lie” is nothing new in human history. Although this latest iteration helps serve the current needs of one of our political parties, big lies have conveniently met various social, political, and cultural exigencies throughout the ages. Historically, the term “Big Lie” is probably most closely associated with the aftermath of World War I in Germany, where right-wing ultra-nationalists created the myth that the cause of the German defeat was a result of the Jews “stabbing it (Germany) in the back.” Conveniently forgotten, of course, was the stubborn historical fact that in 1918 the German army was crumbling on several fronts and that the civilian population was close to starvation as a result of a British naval blockade.

Traditionally, big lies have often served the needs of conservative social forces to preserve the existing political or religious hierarchy. For example, for millennia a rigid, corrupt Catholic Church has sought to propagate a story throughout most of the world that an itinerant carpenter was the actual biological son of God on Earth and that a fictionalized rendition of “His” teachings, the New Testament, is something to be believed and followed implicitly.

Although there is no evidence that a human could be fathered by a non-human, the enduring power of this story is quite evident. Even today, people who intellectually understand that the historical foundation of Christianity is based on myth and superstition would be reluctant to label this a “Big Lie.” In polite company this characterization would probably be perceived as rude, malicious, or perhaps even blasphemous. This is testament to how ingrained the Jesus story is in Western culture. (Not to single out Christianity — all major religions have similar nonsensical origin stories.)

Conversely, big lies have also served the needs of social/political forces that have sought to overturn existing hierarchical establishments. The American Revolution was theoretically based, in part, on the proposition that “all men are created equal.” But that was a convenient (big) lie, of course. The Constitution, authored by the most “enlightened” men of the era, literally considered a Black slave to be a numerical fraction of a white person. And Native Americans, often considered less than human, were continually victimized by highly popular governmental policies and edicts promulgated for the purpose of stealing their land.

And, how “equal” were women (i.e. half the population) supposed to be in this new enlightened hierarchy? Nevertheless, this convenient lie endured and was only rectified (though not yet entirely) through the ongoing struggles of those folks, or castes, at the bottom of the societal heap.

To be sure, other varieties of big lies have accompanied humans on their evolutionary journey. For example, a myth is a first cousin to a big lie. However, anthropologists and social psychologists will argue that myths as narratives play a fundamental role in society. The fact that a myth is untrue, and even perceived as such, is irrelevant. The value of the myth is the collective psychological connection to a story that lends to group adhesion.

One of our own national myths, taught to us as children, is that George Washington never told a lie. What is the purpose of this pedagogical nonsense? It’s because American folklore (a genre of myth) requires that the “father of his country” be a figure of high integrity and unimpeachable principles for following generations to venerate. Not too dissimilar to what children are taught in North Korea today about the everlasting virtues of the country’s “founding father,” the brutal, maniacal Kim Il- sung.

It is not hard to understand how big lies became so central to the human experience. For thousands of years, humans had to navigate the vagaries of nature in order to survive. Without the ability to rely upon a reservoir of scientific facts, natural and even social phenomena could only be explained and understood by coincidence, conjecture, and superstition — often vigorously promulgated by authority figures in support of their own agendas. And without the scientific means or tools to challenge these myths, they were passed on from generation to generation.

With the accelerating advancements in science and knowledge, including the recent availability of computing power to billions of people, one would think that the power and effectiveness of big lies would have become vestigial remains of the human experience. However, that has not proven to be the case. If anything, technological progress has often served as the digital handmaiden of big lies. (Not surprisingly, one of the most vexatious issues society is currently struggling with is how much moral and legal responsibility social-media platforms have in spreading lies and misinformation.)

Unfortunately, it appears that big lies will often flourish whenever a simple narrative is necessary to reconcile information that may be contrary to preconceived ideas. But wouldn’t a clear explanation of seemingly irrefutable facts be a remedy for big lies? Not necessarily. Confronting someone with inconvenient facts contrary to their version of the truth may often result in that person experiencing discomfort due to a contradiction between two versions of reality — or “cognitive dissonance.” However, the value of a conspiracy theory based on a big lie is that it serves to relieve this discomfort so that people can maintain their attitudes and behaviors unconflicted.

There is ample evidence that prejudicial attitudes often provide the foundation for big lies. Therefore, as progressively minded people, humanists generally believe that if prejudice is a learned behavior, it can be “unlearned” through education and reason. But, what if contrary to conventional wisdom, prejudice is something other than learned behavior?

Some recent studies would seem to suggest that prejudice may actually be an evolutionary form of “common sense” that is hard-wired into the human brain as an adaptive response to protect our prehistoric ancestors from danger. Essentially, a survival instinct. If so, and prejudice, or even big lies, are indeed part of our evolutionary legacy, then our jobs as humanists to champion facts and truth will always prove difficult, if not impossible.

But, in reality, what choice do we have as humanists? Isn’t our only rational response one of continually challenging these lies with reason, intelligence, persistence, and, yes, even a dose of compassion? Perhaps, that’s our “job,” if you will. Something that needs to be done after getting up in the morning — just another day at the office, so to speak.

And, as they say, somebody has to do it.