May 2021: Annual Meeting Reviews Past Year, Elects Board Members, Votes on Bylaws

First-Person Humanism: Writing My Own Code of Ethics 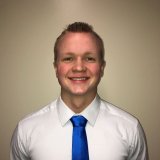 The author is a student at the University of Minnesota Duluth studying mechanical engineering with a minor in materials science for engineering. He also works as an R&D Co-op engineer* at Medtronic’s Structural Heart and Aortic division. He writes about why he recently joined HumanistsMN.

I was drawn to HumanistsMN because I noticed this organization adopted a portion of highway 35W. I drive by the sign announcing this to and from work every day commuting to the Medtronic Mounds View campus.

I grew up in a Christian home. My mother is a Christian while my dad tags along. I went to the same evangelical Lutheran church my entire life, and in my senior year of high school I was even on the committee to vote on a new pastor.

The church I went to, Chisago Lake Lutheran Church, is very old, but very liberal compared to other churches. Although they teach relatively good morals, accepting people for who they are, I still found myself not believing the stories of the Bible. My older brother, who is an atheist, helped me realize that I need to apply critical thinking to every aspect of my life. I already knew this, but I would try to shut it out when it came to religion. I was also typically the defender of religion in the house when he and my mom would argue, mainly because he is very smart and my mom had a much harder stance to defend.

When I went to college and learned more physics, calculus, chemistry, and the like, I realized I am much more interested in these areas than anything religious based. To fully develop my view, I decided to read the Bible in its entirety, with an unbiased lens, and determine if it offered a good structure for a society to base its morals and norms on. I concluded after finishing the Old Testament and the gospels that it is not.  It is in many cases just the contrary, a book that will confuse many decently moral people into thinking immoral actions are permissible.

I have also watched many debates on religious topics, particularly those involving atheists Sam Harris and Christopher Hitchens. I enjoyed the four debates between Sam Harris and Jordan Peterson immensely. These debates motivated me to write my own Code of Ethics. This document outlines what I think a society should have for moral norms since I contest the notion that removing religion would leave no basis for morality. (Editor’s note: See Cole’s code below.)

I continue to watch old videos of Christopher Hitchens and although he can have a harsh view on some topics, I find him the most entertaining.

Since I did philanthropic work mainly through my church and mission trips with neighboring churches, I am looking to volunteer with other organizations. Medtronic  has a great philanthropic arm, but I am only going to work with them until my Co-op ends in August. I am looking for a more permanent organization and Humanists MN caught my eye.

Following is the code of ethics that Cole wrote. Do you agree with his choices? What would you add or replace? Respond in the comments below.

1. Do not murder other human beings.

2. Do not enslave other human beings under any circumstances.

3. Do not force yourself physically or sexually onto any person or living being without their consent.

4. All human beings are to be treated equally and with respect regardless of race, color, gender, creed, or sexual orientation.

5. Do not steal or cheat a person out of money/wealth for your own personal gain.

6. Do not lie to another person for your personal gain and the demise of theirs.

7. Look after the less intelligent persons in society and take care of the physically ill.

8. Do not destroy ecosystems without a plan for sustaining that ecosystem.

9. Do not kill any living being for no reason.

10. Treat animals with complex pain receptors and higher intellect with a higher degree of respect.

Cole writes:  “I tried to hit every aspect of ethics with these and still be within what I would consider a code of ethics that every functional human being already knows. Some of the free thinkers I listen to say that humans, by nature, already have a sense of ethics and there is no need for an omniscient being to define ethics. These are the rules that I believe are humans’ natural ethical code.”