Looking for Alternatives to Thoughts and Prayers?

April 2021: Battle for the Future of Food 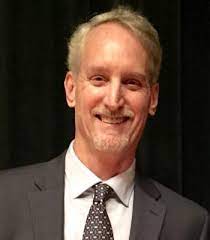 A battle is percolating across the globe over the future of food between small-scale farmers and multinational agribusiness, a topic explored at our April Community Gathering by speaker Timothy Wise, author and analyst for the Institute for Agriculture and Trade Policy.

Wise said policymakers have doubled down on a destructive model of agriculture that relies, for example, on fertilizer that does nothing to sustain land in the long term. “Fertilizer is stocking the land so farmers can pull corn out of it,” he said. “That does not make the land more fertile.”

As a result, countries like Malawi are still suffering from poverty, hunger, and bad nutrition, he said.  Wise said companies like Monsanto, along with the Bill & Melinda Gates Foundation, have too much power over agricultural policy overseas, at the expense of local farmers who are working to rebuild the soil and improve crop diversity.

Industrial agriculture has also hurt farmers in the Midwest as they cope with the impact of climate change — for example, the loss of topsoil as flooding becomes more frequent, he said. Cutting use of fertilizer and herbicides could lead to healthier soil, but that would dent the profits of agribusiness, he added.  Noting how much lobbying power such companies have, he said it’s essential to get money out of politics.

Wise is author of Eating Tomorrow: Agribusiness, Family Farmers, and the Battle for the Future of Food (The New Press).

Click here to see a video of Timothy Wise’s presentation.