March 2021: Solidarity Amid the “Other” Pandemics 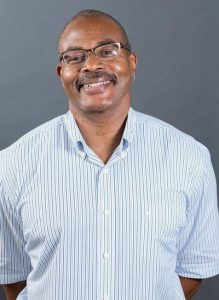 Bill Hart, head of the religious studies department at Macalester College, discussed the need for solidarity in the face of the “other” pandemics in our society such as anti-blackness, gender bias, and political lies.

He noted that politicians including Presidents Reagan and Trump have attacked the “unified notion” of Americans. For example, Reagan both demonized and “racialized” poor people, knowing that talk of “welfare queens” would conjure up images of black women.

Hart said there’s a tendency to demonize public goods when they are extended to nonwhite people and discussed efforts in state legislatures across the country to suppress the black vote. At the same time, he said “racial solidarity blinds us to the necessity of class solidarity,” noting that a company like Amazon is exploiting workers of multiple races.

“I’m an anti-antiracist,” he said, adding that too often antiracism becomes a strategy for white people to incorporate nonwhite elites into various sectors of the economy, but keep everything else the same.

Click here to see a video of Bill Hart’s presentation.