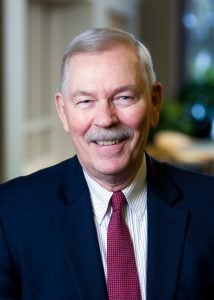 Law professor Mike Steenson spoke at our February Community Gathering about the history of the First Amendment and free-speech guarantees in the United States. He discussed a variety of Supreme Court rulings over the years, for example those that upheld the Sedition Act in World War I,  barred states from requiring Jehovah’s witnesses to salute the  U.S. flag, upheld the right of Westboro Baptist Church members to hold anti-gay protests outside military funerals,  and restricted the ability of public figures to sue newspapers for defamation.

Professor Steenson noted that the First Amendment regulates actions taken by the government, not by private actors.

Click here to see a video of Mike Steenson’s presentation.