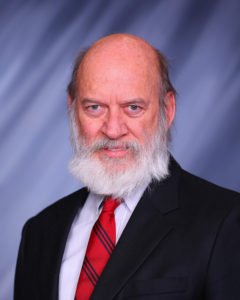 In an article published in this newsletter in October 2019, I argued that HumanistsMN’s mission should be to “promote widespread human flourishing.” At its November 2020 meeting, HMN’s Board of Directors (of which I am a member) adopted the following statement of the organization’s mission: “HumanistsMN is a secular community that promotes ethical living, widespread human flourishing, and a healthy planet through its commitment to science, reason, compassion and creativity.”

In this article, I will present a more detailed account of the sociopolitical principles that are, I believe, implied by HMN’s commitment to widespread human flourishing. I outline a set of beliefs that I regard as foundational for healthy societies, those that aspire to widespread human flourishing. While these principles are largely consistent with contemporary liberalism, they deviate from liberal orthodoxy in several important ways.

1. Human beings are social creatures who must have access to a society and its cultural products to thrive. Except in the most benign natural environments, even the most rugged individualist could not survive without the knowledge, skills, and tools provided by human culture. To thrive, to reach their full human potential, people must engage in the social relationships a society affords.

2. Ethical principles are a cultural product humans create to enable their living together in a society. Rather than having divine origins, these principles reflect innate altruistic fellow-feelings towards others as well as practical requirements of social life. Some are universal — “Don’t kill other people!” — while others are relative to particular cultural contexts —“Turn down the volume after 11 p.m.!” Liberalism tends to go along with mainstream religious views rather than take a position on the foundation of ethics.

3. All human beings are equal in rights, dignity, and value. This is a founding principle of classical liberalism, which denied the notion of noble blood. Today the principle is properly invoked to reject prejudice and discrimination based on an individual’s race, ethnicity, gender, or other “social identities.”

4. The identity of any human being vastly exceeds the set of social identities this person might be assigned. Although social identities are useful vehicles for calling out prejudice and discrimination, they are not adequate ways of characterizing human beings. Thus, there’s as much human richness and variety in the set of “Black gay females” as there is in the set of “White blue-collar males.” Liberal policies often fail to recognize that. As humanists, we aspire to understand and value everyone in their full individuality.

5. Government is the means by which people in a society address collective needs. Against the Reaganite rejection of government as a burden on one’s individual pursuit of happiness, humanists recognize that, living in a society, we have collective needs — for infrastructure, national defense, and public health, among others. Governmental institutions can be an effective means of addressing those needs.

6. Its limitations notwithstanding, democracy is the most acceptable form of government. Admittedly, voting rights and access may be improperly limited; voter influence may be inappropriately allocated; and, worse yet, the voting public may be uninformed and unduly influenced by irrational forms of persuasion. Yet, because it engages people with their country and its government, and because no effective means of identifying and empowering a platonic governing elite has ever been devised, we are left with democracy as the best available means of governing ourselves.

Do you agree with the 13 principles Jerry outlines to create a society that promotes widespread human flourishing? Would you add or amend any? Do you agree they can help bridge divides, for example between liberal and conservative, rural and urban, rich and poor?  Discuss his article in our (members-only) website forum!

7. A healthy society must be secularist. In addition to separating church and state, such societies exclude religious beliefs from public policy debates and decisions. Though not part of liberalism, this principle is fundamental to humanism. While they respect the religious beliefs of others, humanists use reason and evidence to manage their personal affairs and insist, based on reason and evidence, that public affairs be managed in the same way.

8. Healthy societies maximize individual rights and freedoms, while constraining these out of concern for collective well-being. People cherish and flourish through their freedoms. However, whether it be the “right to bear arms” or the freedom not to wear a mask, the well-being of others and of society more generally justifiably limits these rights and freedoms. Specific tradeoffs and limitations must be decided through rational deliberations that take relevant interests into account.

9. In modern societies, wealth is created largely by our cultural inheritance — the knowledge, skills, artifacts, and institutions humankind has accumulated during its existence. To the traditional capitalist “factors of production” — capital and labor — humanists add a third: culture, to be understood in the broad sense just stated. The dominant factor in many instances of wealth creation (consider the scientific and other knowledge underlying our Internet-based social and economic activities),  culture is our common inheritance; it belongs to all of us. We all benefit from this culture and should, as members of society, preserve and enhance it.

10. To serve the collective needs of its people, a democratic government has a right to a share of the wealth created by individuals and organizations. Rather than being theft, taxation is the appropriation of “society’s share” of wealth created, in large part, by culture. Tax rates should not be so high as to discourage individual effort and initiative, nor so low that important societal needs cannot be met. This concept has not yet become part of mainstream liberalism, even though it provides a compelling counter to the “It’s your money!” argument conservatives use to oppose taxes.

11. In addition to satisfying the basic needs of their members, healthy societies provide for individual needs that will improve societal well-being. A wealthy country like the United States should, if for humanitarian reasons alone, provide a basic level of food, clothing, shelter, and health care for its inhabitants. In addition, it should provide public goods like education and transportation that benefit both individual recipients and the larger society.

12. Though we must increasingly adopt a global “human family” perspective, nation-states continue to be an important mediating institution and means to human flourishing. The ongoing pandemic and intensifying climate-change crisis amply demonstrate the need for collective action at the global level, a need that will only become more acute and obvious. Unfortunately, in the United States and elsewhere, a resurgence of go-it-alone, flag-waving nationalism runs counter to humankind’s collective concerns. Humanism heightens our affiliation with humankind, but it admits the value of patriotism, love of one’s country. For the foreseeable future, nation-states will be the most effective means by which we can promote widespread human flourishing.

13. Human flourishing requires the well-being of our planet and its nonhuman inhabitants. Within the past century, the human footprint on our planet has become so large that its current and predictable future effects cannot be ignored. We must act to save the Earth from global warming, pollution, desertification, and other perils. And since humanists recognize our evolutionary connections to other species, feeling empathy and concern for them, we must act to save plants and animals as well.

This “baker’s dozen” of principles is assuredly not final. It is open to well-argued additions, deletions, and revisions. I welcome your comments and suggestions. What we want in the end is a platform for change —social, economic, and political — that can be presented to other humanists and to society at large as a means of pursuing widespread human flourishing. It’s difficult to imagine anyone opposing that goal.

By proposing humanist principles as a means of achieving it, we may be able to reach across the many divisions —  liberal and conservative, rural and urban, rich and poor, young and old, among others — that plague our country and attract others to join us on the path to human flourishing.