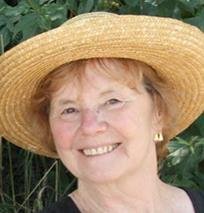 The message was not unexpected: Suzie had died. A combination of diseases together took her from us. Suzanne Leavitt, a longtime member of our humanist organization, was known to her family and friends as Suzie. I remember her with love and admiration. She and her husband, Curt Leavitt, were best of friends to my wife, Peg, and me. She was one of those persons who lifted your spirit. Her presence brought more smiles, laughter, and energy, and enlivened conversation all around. To say we will miss her is a big understatement.

Suzie and Curt were among the first members of the organization that later became HumanistsMN. One of the first things we had to do, back in the 1980s, was to conduct a decertification of a bogus American Humanist Association chapter that pretended to represent the humanists of our area. Suzie served on the board that conducted the deliberations. We needed a woman like her on the board, and she was the obvious candidate.

She took on all of her life tasks in a humanistic spirit and a highly proficient manner. In her professional life in drug-treatment nursing for 25 years, she provided care and counseling to drug addicts and alcoholics in a clinical setting.

As a mother of six children, she and Curt met some real challenges. When they were in Germany, where Curt was teaching, they had one son and adopted two German male infants because the doctor said Suzie could no longer get pregnant. It turned out she was pregnant. They were Catholics back then, and after returning to Minnesota continued to have more children, having been advised by a priest that God would not give them more children than they could handle. However, after reaching six children, they became ex-Catholics and practiced modern birth control and decided for themselves that six was all they could handle.

They did a superb job of raising all six. One of the adopted boys had medical problems before adoption and died fulfilled as an adult with a family. The other five have led outstanding lives, taking after their parents. Suzie was justly proud of them.

Suzie was an accomplished figure skater. She was a member along with her daughters of the Roseville Rose Collection precision skating team until she was nearly 70 years old. She pursued the humanist virtue of the pursuit of excellence as a human achievement of which she could be proud. She was an excellent cook and hostess, an avid learner and reader, and lover of the outdoors, with an unfailing sense of humor.

A humanist celebration of her life will take place later in the year.