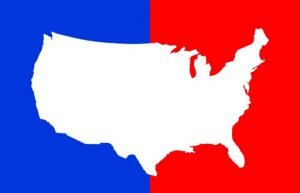 The Republican resistance to “blue state bailouts” during recent Congressional debates over a coronavirus aid package prompts a question: Which states are most dependent on the federal government, and receive more in payouts than they contribute to the nation in federal taxes? As a corollary, which states contribute more to the national budget than they receive? And do the answers correlate to the dominant political party in these states?

Fortunately, the arduous number crunching has been done for us by a team of professors on the WalletHub personal finance site. Using data from the Internal Revenue Service, U.S. Census Bureau, USAspending.gov and Bureau of Labor Statistics reports for the years 2018 and 2019, they developed metrics on which all states can be compared.

We added to WalletHub’s table columns to include the party that won the 2020 presidential vote in that state, the current governor’s party, and the party that controls the legislature.

See the table on States and Federal Dependency here.

Red states generally are net “takers” and blue states net “givers” in terms of income paid to the federal government vs. what the federal government sends back, the data show.  Much of the money paid in comes in the form of income taxes, and red states can’t easily import more high-income residents. They may also have many residents who receive payments for disabilities or Medicare or other federal programs, which increase their “takings,” and these cannot be helped either.

But Republicans generally espouse a vision that the market economy runs most smoothly when the government steps out of the way and taxes should be kept as low as possible. This could also help explain why “red states” need more help from the federal government.

In researching this article, we found a more astonishing divide. Did you know that the coronavirus aid provided by the CARES Act to states is not based on need? New York was sent $24,000 per coronavirus case, while Alaska received $3.3 million per case.

The U.S. has a “small state problem,” which means that when funds are disbursed for a particular problem, low-population states receive a disproportionate amount. This can be considerable. Under current Senate rules, a controversial bill in practice can pass only if it can reach 60 votes. Since each state has two votes, no bill has a chance unless it has substantial support from small states. The Senators from small states fight for federal benefits as hard as the Senators from large states, and there are more of them.

Most of the small states are Republican or “red” states, but one or two are blue. Can we blame these states for sticking together to obtain more funds? Yes, we can, and we should. But what exactly should be done about it that is fair and appropriate?

In analyzing the HEROES Act adopted by the U.S. House in May, the Upjohn Institute wrote:

“Along with the District of Columbia, the seven states with the smallest populations each receive more than $3,000 per capita in coronavirus aid — Vermont, Wyoming, Alaska, North Dakota, Rhode Island, Delaware, and South Dakota. Only two of these states — Vermont and Rhode Island — have current unemployment rates above the national average of 14.7 percent. That is, only two of the seven states have lost more than the average.

“(In May), six states had unemployment rates more than 2 percentage points above the national average: Nevada, Michigan, Hawaii, Rhode Island, Indiana, and Ohio. Three of these high-unemployment states, based on these estimates, would receive federal aid of less than $2,000 per capita, which is not justifiably related to the amounts smaller states received: Michigan, $1,781; Indiana, $1,630; and Ohio, $1,453. Clearly, the COVID relief payments have little or no relation to need.”

As with the CARES Act, the bill requires states to use relief funds only to cover expenses or revenue losses resulting from the pandemic and the recession; any funds not used for those purposes must be repaid to the U.S. Treasury. The Senate did not adopt the HEROES Act, but  if Congress takes this up again during the Biden presidency, it should ensure this requirement is enforced since some smaller-population states will not be able to credibly claim that they need the full amount of granted funds. These recaptured funds should be reallocated to high-unemployment states. This recapture and reallocation will help target state fiscal relief where it is most needed.

But is a system of returning money to the Treasury for reallocation workable? States that should have received these funds for legitimate purposes in the first place will be forced to wait for reallocations. Furthermore, the states that had first dibs on these funds will be sorely tempted to stretch the bill’s language and therefore the applicability of funds for other, distantly related uses; i.e., they will likely stretch these monies to cover uses that don’t strictly qualify.

Given the screwed-up voting arrangement, perhaps it’s better than nothing. But wait! There’s something else that may help. Publicize the perverted way these provisions apply. Americans are fundamentally fair, and there is no way these provisions would be seen as fair. Since most of these small states are “red,” this does not reflect well on the GOP. Senators who live with this arrangement, including our own, should be ashamed (though they would justify it by the ultimate outcome).

Unfortunately, there is no easy fix for the “small state” problem as long as every state has two votes in the U.S. Senate, regardless of population. But we can ask our Congressional leaders to try to fix this problem and tailor aid packages to states based more on need.

And those who criticize states like New York on those infrequent occasions when they ask for federal help, as during the coronavirus crisis, should be careful if they hail from a “taking” state. Yes, we’re speaking to you, Senator Mitch McConnell. Kentucky ranks high on the chart of dependent states — second, to be exact. Glass houses, and all that…