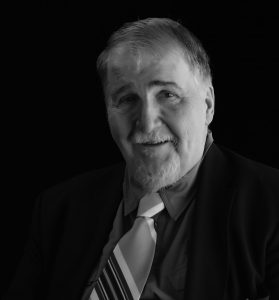 Profession/Residence: I began my professional career as a teacher of American history, speech, and theater in high school.  After a decade, with a wife and new baby to support, I decided to go into business.  I spent 23 years in insurance and investments.  However, all the while I only wanted to realize my desire and need to be an actor.

Finally, over a 10-year period, I made the transition to professional acting.I eventually found my calling writing, producing, and performing one-man shows which I toured throughout the U.S. and Great Britain for 20 years.  All were historically based.

I was especially known for a show entitled “The Shakespeare Man,” which dealt with the life and times of William Shakespeare, giving almost 700 performances.  I was also a featured act at the Minnesota Renaissance Festival for 15 years. I live in North St. Paul.

How he found us: I actually discovered HumanistsMN by accident on the Internet.  While I am not much of one to join groups, the overall concept and viewpoints expressed appealed to me.

His journey to humanism: Raised a Lutheran, by adulthood I realized this was not what was in my heart.  Wanting to give our three children a spiritual base, my wife and I raised them in a Quaker Meeting.  However, over time I realized I had more questions than answers, thus becoming an agnostic in the truest sense of the word.  Even before I discovered HumanistsMN, I was introduced to  “The Affirmation of Humanism: A Statement of Principles.” This was the first affirmation of a belief I felt I could honestly say I believed in and could accept as mine.  That is about it.  Nothing dramatic — no startling revelations into the essence of the universe.  Just a lifelong journey which is far from over.