September 2020: The Internet and Being Human 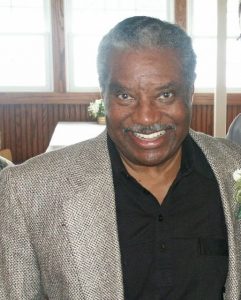 I learned in late September from a Facebook posting by HumanistsMN member Steve Petersen that Vern Young had died on March 31 at age 93.

Vern probably died in a health care center and evidently no one did an obituary. I couldn’t find one and neither could Steve.

I met Vern sometime during the 1990s when he came to a Minnesota Atheists meeting for the first time. He said he’d been an atheist for a long time but had kept it to himself and was very happy he could now be open about it and be part of an atheist group. He told me about his volunteer work as an amateur photographer. I introduced him to Steve and August Berkshire of Minnesota Atheists and said, “We have another photographer.”

Vern joined and generously supported all of our local secular groups and projects, including of course what was then Humanists of Minnesota. He helped with the photography and, as a skilled woodworking amateur, made a desk prop with the humanist symbol for our old cable-access TV show.

To my surprise, I learned from Vern that he went to the elementary school just up the road at Hwy 49 and Hwy 96, a quarter mile from where I live with my wife, Peg, in Shoreview. He told me he went to high school at Mechanic Arts in St. Paul, the rival of my high school, St. Paul Central. To get there, he walked many miles from his Shoreview home to get to a street car and transfer to another to reach the school.

Vern joined the Navy. After he left the service, he obtained training as a draftsman at Dunwoody. He was employed by Honeywell and received further training and worked for the company until he retired. Vern’s grandparents were a black and white couple, so he no doubt had to contend with prejudice, though he never discussed it.

Vern was very much a humanist in his values, so he naturally joined our group when he found out about us. I think he was honored by our chapter, maybe as Humanist of the Year. I learned that he was very generous in his support of Camp Quest and did much photography for that program. He actually took photos for countless Minnesota nonprofit organizations as a volunteer. Honeywell provided all the film for this work as part of its program of paying the costs for volunteer services by its retirees.

Vern was an extraordinary but rather modest person. He made a big impact by his generous contributions and extensive volunteer work. It seemed he didn’t need any special recognition for what he did and was almost embarrassed by it. For him, giving and serving was its own reward. I don’t remember him ever asking for anything for himself. He was just happy to share his talents and his money, especially for the atheist-humanist cause.

I tried calling him several times in the years after he stopped attending meetings, but I never got an answer or a reply to my messages. I regret that I didn’t try harder to find a way to reach him. Steve Petersen and his wife, Shirley Moll,  visited Vern until they were not allowed to in the last three years of his life because of the intervention of a distant relation. It’s a complicated story.

I’m glad they did what they could for Vern. It just shows how important it is not to forget older members who are no longer showing up at our meetings.