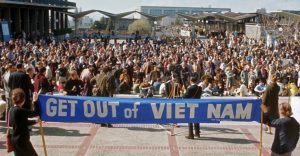 I am writing this article in September 2020. The country is in the midst of a horrific seven-month-long pandemic where the death toll has just reached 200,000. All of these folks died a horrible death leaving loved ones and friends to grieve. The economy is in tatters, with record numbers of people queuing up in their cars for hours to get a bag of groceries for their families.“ And of course, most of this could have been avoided if certain incompetent, corrupt, and malevolent politicians would have just thought of others instead of their own political needs.

Like many of you, I have been closely following these events in the hope that some glimmer of hope can be gleaned from the dozens of articles I read during the day or the several cable shows I watch in the evening. Yes, I admit it, I binge on the news. And clearly, staying mostly at home during the pandemic has exacerbated this addiction along with a sense of helplessness in the face of powerfully disturbing events.

I also closely follow the polls that come out almost daily on the upcoming elections. I am hopeful that our recurring national nightmare called the Trump Administration will be over in November, absent a successful hijacking of the outcome by either an army of hostile lawyers, rogue state legislators, or the Supreme Court.

Some people, with good reason, would probably call this behavior “obsessive.” I guess they have a point. I probably could tell you the results of most of the different polls that were published last week regarding the presidential election in Pennsylvania (and Florida too). How many other people you know can do that? But even with all these neurotic behaviors, I still try to keep somewhat of an even keel, notwithstanding this political obsession of mine. And for this I attribute something that happened to me more than half a century ago.

In the mid 1960s, I was your typical callow college student. Not really ambitious or having much direction, I assumed that I would probably lead a life similar to those buttoned-down guys featured in the sitcoms of that era — steady exemplars of my gender like Ozzie Nelson who were always providing sage advice to their rambunctious, but wholesome sons. (In Ozzie’s case, David and Ricky.) However, something happened that significantly turned my life around — the Vietnam War. This conflict became the defining historical, and emotional, challenge of my young adulthood.

Very early on I came to see what a disaster this war was for the United States. Like most of us, I grew up believing that the U.S. was a moral force for good. However, I came to see how our government blatantly lied to the American people about a) how the war allegedly started (the bogus Gulf of Tonkin incident); b) its devotion to free elections (the U.S was against free elections in Vietnam after the French were defeated in 1954); and c) the underlying reasons it supported an incompetent and corrupt regime in South Vietnam. I became obsessed with exposing these lies and distortions to anyone who cared to listen. There was nothing more important in my life. I became a student activist.

Being an antiwar activist became somewhat of a calling. I marched and protested and managed to turn off friends, family, and a few college professors with my righteous anger. Why couldn’t they see what a catastrophe this war was not only for the country, but also for the young Americans sent to fight it and the millions of Vietnamese who were the victims of a horrendous military onslaught?

After college, I went to California to join friends. I enrolled in a couple of graduate courses at San Francisco State College (now University) and became active in the local SDS (Students for a Democratic Society) chapter. Politics and activism defined me. I was all in. Historical events found me and I felt that, based on my values and own self-image, there were no other choices I could make as to what to do with my life.

In November or December of 1968, a few of my fellow activists and I decided to take a day trip to Stinson Beach, about a half hour drive north of the city. Richard Nixon had just been elected president and we needed to lick our wounds. We drove up along the coastal highway in a beat-up VW van (true) and it was an extraordinarily beautiful day. We found a deserted, quiet cove on the beach that somebody knew about and settled in for a pleasurable afternoon. The setting was gorgeous: the sky a beautiful blue, the sand a pristine white, the ocean a roiling gray-green, with Mount Tamalpais serving as a backdrop in the distance.

Unbeknownst to me ,somebody brought along tabs of a psychedelic drug to share. I was young; why not? About a half hour later, I found myself playing in the sand and for some reason decided to create an elaborate puzzle-like maze with dead ends, similar to the hedge mazes you would find at Versailles or many English gardens. Although I lost track of time it must have taken at least an hour to do this. I don’t think I ever created anything so imaginative with my hands in my life, before or since.

Next I dropped a few pebbles into different parts of this maze with the clever idea of trying to find ways of getting these pebbles out of this devilish labyrinth. As a Zen hipster might put it, in my altered state “I became one with the pebbles.”  Not long after, as I struggled to find exits in this maze, I became fearful of being trapped. So, for the next hour or so I became frantically obsessed with solving this puzzle and finding escape routes from this nightmare of my own making. This was not fun. Panic, exhaustion, and fear set in. Then I sensed that the sun was starting to set above the ocean, which increased my anxiety.

Then an interesting thing happened. For some reason I decided to just glance up. My friends were smiling and looking at me curiously. To them, no doubt, I looked like a five-year-old at the beach playing in a sandbox. They all looked very relaxed, enjoying this spectacular day that was slowly coming to an end. They were blissfully enjoying the beach, ocean, and sun (albeit with chemical assistance) while I was obsessively striving to find a way to escape my self-created predicament. Then in embarrassment, I got myself up, brushed the sand from my clothes, and smiled stupidly at my friends. With great relief, I started to get “unstuck” from my obsession. Lesson learned.

Interestingly enough, after that day on the beach, slowly but surely I began to downshift from my single-minded crusade against the cruelty and stupidity of the Vietnam war. I still passionately hated it but I started finding some space in my mind for thinking about doing other things with my life. The realization eventually came that I was free to make choices independent of that horror thousands of miles away.

Now, like a time machine hurtling me into the future from that beach in California, I am writing this article on my iPad. I am angry and depressed at our current historical events that are enveloping me in the early winter of my life. I am, as I admitted above, obsessed with the stupidity and cruelty of it all. Somewhat similar to how I felt during the Vietnam war.

However, I am trying my best not to let these events affect my ability to find space to do other things that are worth doing with the time that I have left to me. For this I am thankful for that afternoon so long ago on Stinson Beach and that moment I decided to just glance up from what I was obsessing about. Sometimes you just need to pay attention to, and then move on from, the sound of your own “wheels.”