Voting Information and Get Out the Vote Ideas

The Summer of Our Discontent 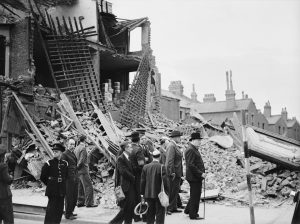 The American people are not very happy right now. This year the National Opinion Research Center (NORC) asked people about their personal happiness. Only 14 percent of the respondents indicated that they were “very happy,” the lowest on record. Moreover, 23 percent expressed unhappiness, the highest percentage recorded by NORC since 1972. I don’t think those of you reading this would find these findings particularly surprising considering the events of the past few months.

Articles I have recently read, for example in the Washington Post and Psychiatric Times, appear to confirm these findings.  They are about the toll that this pandemic, and the subsequent lockdowns, have taken on mental health and indicate that  people are currently experiencing greater levels of helplessness and depression than previously. Again, not surprising considering the scope of sickness and death we read and hear about every day. And who can feel optimistic when millions of people have lost their jobs and when most everyone is experiencing greater levels of stress, loneliness, and isolation in order to stay safe?

Yes, these are very difficult times. But must despair and helplessness be the default mode when societies are challenged with danger and random, sudden death? Actually, history may suggest otherwise. There have been occasions when societies reacted to significant, deadly challenges with stronger social cohesion, higher morale, and a greater sense of purpose than before the particular challenge arose.

In an insightful article in the March 29 issue of The Atlantic magazine (“How to Survive the Blitz”), David Brooks writes about how the citizens of London managed to maintain, and even enhance, their sense of social solidarity and national purpose during the devastating bombing, usually at night, by the German Luftwaffe from September 7, 1940, through May 11, 1941.

Although Brooks lists many reasons for the resilience of Londoners, the primary one was a sense of “agency” among the people subjected to this indiscriminate terror. By this he means that people were given a reason to believe that they needn’t be helpless or passive when subjected to this continuous, deadly onslaught on their homes and lives. They could do something about their situation, however difficult.

Although the article describes several contributing factors, there are two that I believe are the most relevant to the current pandemic. The first is leadership. The Brits had Winston Churchill exhorting the public to come together and resist the common enemy. He set a personal example in creating a blistering pace of governmental action. He also appeared to be everywhere at once, inspecting the damage throughout the city, and comforting the victims of the bombing.

Compare Churchill to the current leadership in this country. President Trump has called this pandemic a “hoax” that his political opponents have foisted on the country to attack his chances for reelection. He also sets a poor example by not even wearing a face mask in public (until just recently) on the premise that it makes him look bad. Trump has also held mass political rallies to fire up his base, contrary to the directives of health officials in his own administration who cautioned against holding such events where social distancing cannot be maintained.

Another factor in supporting a sense of agency is that the population under duress believes that everyone is equally sharing the burden of the sacrifices needed. In London during the Blitz, the government understood that the morale of the public was tied to this equality of sacrifice. For example, rationing coupons were set at a specific amount for everyone regardless of wealth or class. And everyone, including the King and Queen, had to observe a citywide blackout and turn off their lights in the evening. The royal family also set an example by remaining in London and taking their chances of being hit by a bomb with the rest of the city’s residents, perhaps more so.

At the beginning of this pandemic it was common for politicians and pundits in the media to proclaim that “we are all in this together.” But it became apparent that some people are much more at risk of being infected by Covid-19 than others, based on class and race. For example, more higher-skilled people who can work at home are much safer than “essential” workers who have to interact with the public, for example health care,  retail, and grocery workers. Moreover, African-American and Hispanic people are more at risk just as a result of where they live or work. The statistics clearly indicate that these folks are suffering from the virus at a disproportionate rate.

The extreme political divisions in this country have also served to increase the level of stress among everyone, leading to lower morale. The wearing of face masks are a good example of this. Democratic governors and mayors have generally encouraged (and even mandated) the wearing of face masks to lower the risk of person to person infection. Conversely, Republican governors and mayors have generally let people decide for themselves whether to wear face masks. Or even worse, actively discouraged the wearing of masks claiming this as an impediment to personal freedom. The end result is that infections have now significantly increased in many of these red states. Wearing a face mask, intended as a basic strategy to protect public health, has now become a partisan political wedge issue.

The factors of sound leadership and shared sacrifice helps to explain how the Brits got through the Blitz with higher morale and more social cohesion. And, importantly, history has demonstrated that the British people’s response to the Blitz turned the tide of the war. The lack of leadership and shared sacrifice in this country, during the midst of a deadly pandemic, helps to explain why this country is struggling more than any other country against this unseen viral enemy. One could argue, metaphorically, that we are losing this “war” precisely because American society in 2020 lacks the necessary cultural and political factors that were present in England in 1940-41.

And perhaps that’s why the American people are not happy.