A Personal Take on Government Support for Clergy

The Summer of Our Discontent 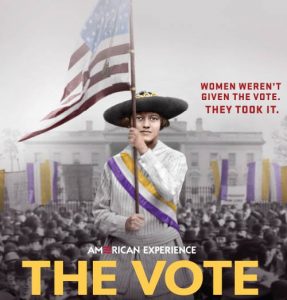 It’s hardly news to anyone who knows me at all that I readily identify with the labels of “feminist” and “social activist.”  So over the past few weeks, as I watched the Hulu docudrama and miniseries “Mrs. America,” about the struggle for passage of the Equal Rights Amendment, I kept wondering how I missed so much of what was going on in the 1970s. I certainly was old enough to be aware, those being my high school and college years — with the Civil Rights, feminist, and environmental movements being the backdrop for my young-adult formation.

But as it turns out, I was mostly just a bystander, and with respect to feminism, a beneficiary, of those movements.  It was with great fascination, then, that through this miniseries, I got to revisit the 1970s and with greater clarity reflect on my young adult self in that larger social context.

The names were certainly familiar to me at the time — conservative activist Phyllis Schlafly, the antagonist, along with feminists Betty Friedan, Gloria Steinem, Shirley Chisholm, and Bella Abzug. But in large part, I missed the entrances and performances of these characters on the national stage. Instead, I was religiously devout, preoccupied with trying to figure out who I was within the confines of my faith.

During those years, I evolved from embracing religious fundamentalism, where it seemed I could never be a leader (though somehow that didn’t stop Schlafly); to religious liberalism, where I joined the first wave of Lutheran women seminarians; to freethinking nonbelief, where I was bereft of a place to call home. In that decade-long journey to “find myself,” perhaps doing too much navel-gazing, I somehow managed to elude any inspiration from the strong women leaders of the day. Had I been paying more attention to what was going on in the “real world,” I might have found a much-needed mentor or two.

Watching the miniseries was both fun and fascinating as I got to relive the times, vicariously, through these women. Other viewers, old enough, might do the same. But whether old or young, important lessons come alive through these cinematic historical portrayals.

And it’s a good year for highlighting women’s history.  The year 2020 marks the 100th anniversary of women’s suffrage. PBS has come through again with an excellent two-part documentary, “The Vote,” about that chapter of our history. Elizabeth Cady Stanton and Susan B. Anthony are familiar names in that story, but the women’s suffrage movement spanned 70 years and, I dare say, few of us know about the last 20 years of that struggle.The many other unsung heroes of that era had more determination and fortitude than I ever knew or imagined.

I urge everyone to watch these tributes to women’s history, “Mrs. America” and “The Vote.” Taken together they offer powerful – and entertaining — lessons in social change.  PBS has also created some online supplemental materials to better understand the suffrage movement.  And Slate magazine has provided a cheat-sheet for the “Mrs. America” episodes to help viewers distill fact from fiction in the dramatization of these historic figures from the 1970s.

The struggle for rights has always been long, hard, and messy. These struggles for civil and human rights continue today, and like those of the past, they are not for the faint-hearted. My life is better for the work of the women who have gone before me.  While I wish I had been more politically engaged in my early adult life, sometimes I think I’m trying to make up for lost time.If I’ve learned nothing else in life, “progress” and “justice” are not inevitable. The change we want to see in the world is up to all of us.  Don’t sit out making history!