A Personal Take on Government Support for Clergy 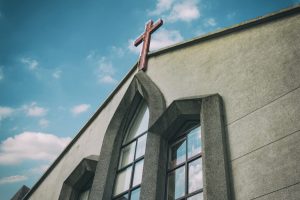 The new federal CARES Act, designed to offset hardships because of the COVID-19 crisis, has highlighted again the controversy over government support of religion. CARES provides loans to cover the payrolls of businesses and nonprofits that have been harmed economically by the virus-related shutdowns. They are forgiven if the recipients keep their workers on staff.

And that includes clergy and other religious leaders. I have an interesting perspective on this issue.

When I was an ordained minister, federal law allowed me to exempt the parsonage I was provided from income taxes. I assumed that after I left the church in 1967, that benefit would end. But I recently learned that the law allows even retired ordained clergy to claim a tax exemption for housing costs.  I was shocked. I could have received a big tax break for the last four years as a retired ordained minister. My wife, Peg, and I pondered whether we would take the benefit if we did qualify.

At first I thought we should take it (by amending our returns for 2016-2019, as our tax preparer said was allowed) and donate the money to the Freedom from Religion Foundation’s Legal Action Fund.  I could understand why someone would do that, but it was not for us. We decided we would not take it because we view it as unconstitutional and immoral.

This allowance fits right in with the Christian Nationalism agenda. Well-heeled televangelists, megachurch ministers, and others take unscrupulous advantage of the benefit. Every denomination continues to support it. My tax consultant and my church Pension Board assume I qualify because I get benefits from the United Church of Christ pension fund, even though I am no longer on the UCC roster of ministers.This curious experience got me interested in the history of the parsonage and housing allowance. Here’s what I learned.

The Revenue Act of 1921 said “ministers of the gospel” who lived in parsonages provided by their churches did not have to count these houses as income and pay taxes on them. In 1954, the law was expanded to include housing allowances provided by churches, many of which no longer had a parsonage.

The allowance covered all kinds of expenses related to housing. A 2002 Act clarified the law. An appeals court was considering the law’s legitimacy and the IRS was prepared to follow with a new ruling. But religious denominations responded forcefully and Congress delivered. Hence the 2002 Act reaffirmed the housing allowance and clarified that it applied to both active and retired ministers.

The Freedom From Religion Foundation has been challenging the housing allowance for a decade. It won in lower federal courts in 2013 and 2017, but both times lost on appeal in the 7th Circuit Court of Appeals. FFRF has decided not to appeal to the Supreme Court.

So, despite the Constitution’s “establishment” clause, which bars government support of religion, the federal government has established an implied precedent that religious bodies serve vital interests of society and that subsidizing them to assure their survival is a legitimate federal function. It’s argued that without the housing allowance small churches and other religious organizations would find it difficult to adequately compensate their ministers and as a result might lose them and fold.

Given this precedent, the CARES Act aims to save the churches and cover the entire expenses of their work forces through forgivable loans. Strike another blow to the separation of church and state. The loans are administered by the Small Business Administration. Ironically, some churches could be viewed as businesses, some even as big business. But that’s another subject.

Paul Heffron, a longtime HumanistsMN member, was an ordained United Church of Christ minister from 1963 to 1967.