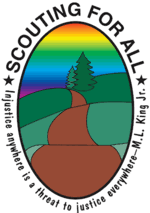 The Boy Scouts of America (BSA) has filed for bankruptcy. This comes in the wake of 275 sexual abuse lawsuits, with as many as 1,400 more to come. The organization has already paid more than $150 million in settlements and legal costs and it seems to be only the beginning.

Ninety percent of the abuse took place more than 30 years ago. Since 2002, 17 states have created laws that allow victims to file charges beyond the normal statute of limitations, permitting these cases to move forward.

Sexual abuse is not something new to the BSA, even if public knowledge of it is. Since at least the 1940’s, the organization has kept a list of red-flag cases that were nicknamed the “perversion files.” These included the names of former Boy Scouts leaders who had been accused of sexually abusing young scouts and were considered ineligible volunteers.  The problem was that as the group kept out former abusers, it allowed new ones in.

I was once Midwest Regional Director of the now-defunct Scouting For All, which worked to get the BSA to end its ban of gay and atheist members and leaders. To the BSA,  gays were not “morally straight” and “you can’t be the best kind of citizen without duty to God.”

The Boy Scouts now allow gay scouts and scout leaders (although the latter not until 2015). But atheists? They are still not welcome. We atheists have heard it all our lives: Without belief in God, there’s no reason to behave ethically; and if things are bad now, they’d be even worse without such belief.

Of course, when we look at the research, we find something very different:  if anything, secular morality is superior to theistic morality. (For example,  atheists are more generous than religious people, are  less likely to get divorced, and represent a tiny fraction of the prison population.) As for the BSA’s other bias: it isn’t gays who sexually abuse children, rather it’s pedophiles, most of whom are heterosexual in their adult relationships.

As with the Catholic Church sexual abuse scandal, the BSA chose to cover up the abuse rather than address it openly. It also failed to take the advice of experts who would have told them that keeping out atheists and gays is likely to make the problem worse since it provides a false sense of security –– feeding the notion that if you’re heterosexual and believe in God, you are not a threat to children.

I don’t like to generalize about religion since there are thousands of different ones and some are worse than others. But the BSA has been dominated by Mormons and conservative Catholics at the national leadership level, and this has allowed ignorance to dominate in regard to where and how to look for sexual abuse in the organization and how to keep it out.

The BSA is now at a crossroads. It has made dramatic changes by allowing gays, transgender people, and girls into their organization. But let’s be clear about why this is happening. The organization is in survival mode. Its assets may all be depleted after all lawsuits are completed and it has lost close to 50 percent of its members in recent years. The decision to allow new groups into the organization has more to do with trying to stay afloat than with accepting that it was previously wrong to exclude them.

Will the BSA ever allow atheists into their organization? There has been no discussion among national leaders (at least not publicly) about doing so. Atheists remain the last of the three G’s that were excluded from the BSA: gays, girls, and the godless.

When I was working with Scouting For All, it was obvious that atheists took a back seat to the issue of gays and the BSA. Now that gays are allowed in, there’s little hope of ever reviving that organization. The BSA’s position on atheists is really a non-issue among most nonbelievers and that has certainly contributed to their continued exclusion.

Atheists are still that group of people that others can claim to be ethically deficient with few people even batting an eye.