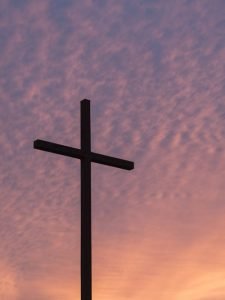 Many years ago when I started out as a young lawyer in Chicago, working for the state of Illinois, I had a supervisor who was always concerned that his political bosses in Springfield were seeking to replace him. He had an ironically witty saying about his predicament:  “Just because you’re paranoid doesn’t mean they’re not out to get you.”

I remembered that saying recently after reading about Attorney General William Barr’s speech at the University of Notre Dame Law School last October. As you may recall, Barr was tapped to replace Jeff Sessions as the nation’s Attorney General when Sessions got into President Trump’s doghouse for recusing himself during the Mueller investigation. Both Sessions and Barr are hard right, conservative Christians.

Barr’s address was noteworthy in that it was ostensibly a paean to religious liberty but, in reality, was a frontal attack on secularism. Playing the victim card, Barr blamed secularism for the “moral chaos” in the country, the cause of “irresponsible  personal conduct” and “the unbridled pursuit of personal appetites at the expense of the common good.”

(Really? Shouldn’t someone have reminded Barr that it was the Catholic Church – not, for example, the American Humanist Association –  that first looked away and then conspired to protect numerous sexual predators in the Church after they molested thousands of children over decades [or perhaps more accurately, centuries]. But I digress.)

Barr’s attack on secularism reached a crescendo when he declared “militant secularists today do not have a live and let live spirit; they are not content to leave religious people alone to practice their faith. Instead they seem to take delight in compelling people to violate their conscience.” (Note: I don’t know about you, but if people want to roll around on the floor speaking in tongues it’s all the same to me.) Be that as it may, I suspect “militant secularism” is now the latest threat to civilization – presumably akin to the threat posed by the Communist Party USA in the 1950’s.

But what is really going on here? In my view, the real agenda of Christian Nationalists like Barr is to use a phony construct like “militant secularism” as a foil to gut the Establishment Clause of the First Amendment. This clause prohibits the government from making any law “respecting an establishment of religion.” It not only prohibits the government from establishing any official religion, but also any government actions that unduly favor one religion over another.

To advance their agenda, Christian Nationalists have decided to “weaponize” the related Free Exercise Clause of the First Amendment as a legal wedge in their battle against secularism. It states: “Congress shall make no law respecting an establishment of religion, or prohibiting the free exercise thereof…”

The Free Exercise Clause pertains to the right of individuals to freely practice their religion. Since the beginning of the Republic, the Supreme Court has sought to reconcile and balance these two First Amendment clauses. However, today’s Christian Nationalists believe that “militant secularists” have the upper hand and are conspiring to restrict the free exercise of their religion and practice their faith as their conscience dictates.

But that is demonstrably untrue. Evangelical Christians have captured the Republican Party, which now controls the executive branch of the government, the Senate, and perhaps more importantly, the Supreme Court. It is they who are holding power.

Another “free exercise” target of Barr and the other Christian Nationalists in this amoral administration is the nation’s public schools. According to Barr, “ground zero for these attacks on religion are the schools. To me this is the most serious challenge to religious liberty.”

Barr claims that the states proactively seek “to starve religious schools of generally available funds” in an effort to encourage students “to choose secular options.” By “starving” he presumably means that some states are refusing to use taxpayer funds to support church-based education. You know, like the Constitution mandates.

Barr’s Justice Department and the newly realigned Supreme Court are ushering in a plethora of new cases this year similar to the 2018 case that permitted a Colorado baker to refuse to bake a wedding cake for a gay couple (Masterpiece Cakeshop v. Colorado Civil Rights Commission). Yes, this is exactly the type of proverbial “slippery slope” that legal scholars have been warning us about for years: OK, I can refuse to bake you a cake today, but maybe tomorrow I can refuse to cut your hair, and perhaps the next day I can refuse to administer you emergency medical services. All because my conscience prevents me from providing services to gays. And, why stop at gays? Why not transgender people? Or, people who tint their hair blue or have neck tattoos? Come to think of it, I never really liked Jews either. Where does it end?

Along with court battles, Christian Nationalists are seeking to change laws at the state level with so-called “model bills” to advance their hard-right agenda. “Project Blitz” was launched in 2015 by the Congressional Prayer Caucus Foundation and other right-wing groups for this express purpose. These groups all subscribe to the theory that the United States was founded specifically as a Christian nation and that past Supreme Court rulings on the separation of church and state were an erroneous application of the First Amendment.

I know what you’re probably thinking: this guy is really paranoid. We are a nation of laws. Don’t we have a Civil Rights Act that bans discrimination based on race color, religion, sex, or national origin? True. But we also had a Voting Rights Act that used to prevent discrimination based on race at the state and local levels in regards to people exercising their right to vote. But after the 2013 case Shelby County v. Holder, which substantially weakened the Act, Republicans have worked to close up to a thousand polling places in predominantly African-American voting districts.

Laws can be undone by a Supreme Court bent on establishing a new era of “religious freedom.” Currently, the Court has a majority of hard right conservatives. Should Trump win this year’s presidential election it is likely that at least one, and perhaps two, liberal justices will be replaced by right-wing ideologues selected by the Federalist Society. And, perhaps equally important, that scenario would play out with dozens of appellate judges as well. This could change the American legal landscape for at least a generation, and perhaps longer.

So, call me paranoid if you must. But that doesn’t mean Christian Nationalists are not out to erase the Constitutional mandate separating religion and state. Sometimes they really are “out to get you.”