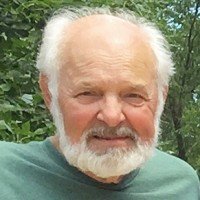 As many of you know by now, our friend and long-time HumanistsMN member Dick Segers died last week in an automobile accident. Although I was not a close friend of Dick’s, I did have many occasions over the years to be in his company at HMN meetings and other events, including his several appearances at my Coffee and Current Events Meetup group.

Colorful and articulate, Dick had a unique view of the world around him. He would not generally accept conventional wisdom on most topics and one could tell he was proud to maintain his intellectual independence. And he did indeed have a keen intelligence.

However, what made Dick so special was that he combined that intelligence with a profound human decency which he put into practice through his activities. This included his participation over many years in our food shelf programs as well as his volunteer activities in a cause that is central to HMN — medical aid in dying.

In retrospect, Dick was a true humanist to his core. He was unfailingly kind and considerate to those he interacted with and he acted tirelessly on his caring and compassion for other people. In my view, that is a legacy any of our members would like to leave. We will miss you, Dick.