Medical Aid in Dying: Gearing Up for the 2020 Legislative Session 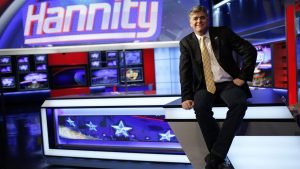 Recently I googled the term “conspiracy theory” and the first thing that popped up was a definition that states “a belief that some covert but influential organization is responsible for a circumstance or event.”

I have to believe that conspiracy theories have always been part of the fabric of human society. Even as science has advanced to the point where artificial intelligence, quantum computing, robotics, and 5G networks are becoming everyday realities, humans will not relinquish the notion that inexplicable events are a result of a cabal of nefarious people who are plotting, ever plotting, to shape these events in ways inimical to the interests of the greater community. The irony, of course, is that throughout history, the people who hold the real power in a society will often conspire to foist these theories on people to reinforce their own hold on power, money, and influence.

For example, I make it part of my routine to spend time each week watching Fox News. In fact, I would encourage humanists to do the same. It provides you with an alternate, distorted view of reality. I assure you that for most people a few minutes will be all they could tolerate. It’s as if you are watching an upside down world of misinformation and outright nonsense. In spite of this misinformation, or more likely because of it, Fox News is the highest rated news network on cable television.

Fox News is owned by Rupert Murdoch. He is a billionaire who has made his life’s work catering to the ignorance and prejudices of everyday people. He apparently understood early on in the publishing business that the human weakness for conspiracy theories is an inexhaustible gold mine. As a result, he has probably become the most powerful media mogul on the planet. (Unfortunately, other powerful media players, like One America News Network and Sinclair Broadcast Group, have followed Murdoch’s rise to prominence and have copied his business plan.)

In my view, the most malign character at Fox News is Sean Hannity. He is perpetually angry and outraged at the nefarious deeds of both the “Deep State” and the “radical left,” often personified by philanthropist George Soros. The Deep State, of course, is made up of unknown, unelected governmental officials who frustrate the ability of Donald Trump and Mitch McConnell to deliver the economic and social benefits that will make the lives of Fox viewers so much better. These malefactors must be exposed, prosecuted, and punished in order for the viewers’ fantasies of an idealized America to be realized.

George Soros is cast as the foreign mystery man of the radical left. According to Hannity, as well the other Fox beacons of insight (Tucker Carlson and Laura Ingraham), Soros is the shrewd, wealthy, puppet master behind the curtain. He is the evildoer who secretly finances or promotes all of the things that Fox viewers detest. This includes, but is not limited to, Planned Parenthood, school lunches, solar power, and the United Nations. What makes Soros especially dangerous is his diabolical influence on the young and weak-minded who become “useful idiots” for the promoters of the nanny state. In short, he is the boogeyman of the right-wing psychodrama brought to you nightly by Fox News.

Murdoch’s fortune is based on a formula that has worked for him over decades in different countries: to keep his viewers/listeners/readers constantly angry and outraged through distraction, distortion, and outright lies. It is not news, it is propaganda meant to feed the prejudices of the reactionary right of every country where he peddles his “news” products. Resentment is the secret sauce that serves to disorient and confuse people so that they are susceptible to any conspiracy theories that makes sense of their perceived victimization.

In this upside down world, not only do facts become irrelevant, but obstacles to be overcome. The perpetual feedback loop of anger and misinformation creates fevered conspiracy theories that mimics a melodramatic television mini-series, e.g. Benghazi, Hillary’s emails, Burisma. You need to tune in nightly or you will miss the latest breaking developments.

Fox News is the cynical creation of a billionaire that nightly provides a distorted goulash of political misinformation to the angry right-wing base of the Republican Party. As a result, it is arguably the most influential and powerful television news network in the United States, and certainly the most profitable. That is not a conspiracy theory, that’s a fact.