We were in Lübeck almost two years ago, walking down the street, when we came upon a little brass plaque, about four inches square, embedded in the sidewalk. My Aunt Ursula, who grew up there, explained it was a memorial to a Holocaust victim who lived at that address. I’d never seen these before. It had been a long time since I was last in Germany.

We saw more of them. I found them quite moving. I wondered if there were some for my great-grandfather and his second wife, Adolf and Jettchen Kahn. 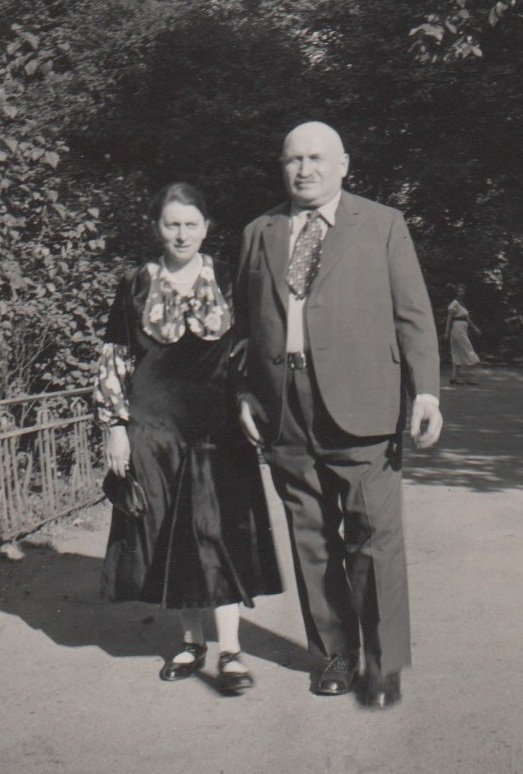 Through some online research I learned that these stolpersteine (“stumbling stones”) are the project of a German artist and intended as a subtle reminder of the grim legacy of the Nazi period. The project has been going on for over 20 years and there are now over 70,000 stolpersteine throughout Europe.

And yes, I discovered stolpersteine for my great-grandfather and Jettchen. They are in Hamburg, where Papa Kahn raised a family and practiced his profession until prohibited from doing so under the Nuremberg laws implemented by the Nazi government.

My grandmother, Hedwig Kahn Aderhold, was born in Hamburg in 1901. She was Jewish. Separated from her Christian husband and children in the late 1930s, she immigrated to the U.S. in 1941, arriving in New York harbor on the Mouzinho, a Portuguese ship, on Labor Day weekend.

“Granny” was one of the lucky ones who managed to obtain an exit visa during a brief window following a change in the Roosevelt administration’s refugee policy and Hitler’s declaration of war on the U.S. With the help of the Hebrew Immigrant Aid Society and the American Friends Service Committee, she was able to bring my dad to the U.S. after the war in 1946, the year of his 20th birthday.

Until I started looking into the stolpersteine, I knew very little about my Jewish ancestors. Granny would not tell me what this period was like for her or what became of her father. When I brought it up, she refused and I stopped asking. 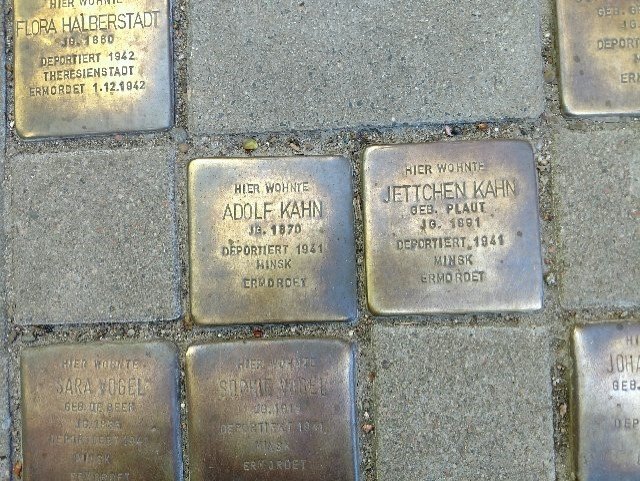 The stolpersteine for Adolf and Jettchen Kahn indicating they had been deported and murdered.
She did tell me that her father was Adolf Kahn, born in 1870 in the town of Mayen (near Koblenz in the Rhine valley), he was a shoemaker, and her mother was Rosa Bacharach. My father only knew that granny’s mother had died, her father had remarried, and that her father and his second wife had both perished in the Holocaust.

In Hamburg, the stolpersteine project is supported by the city administration. Volunteer research initiatives have gathered biographical information from public records and other sources on Holocaust victims. And it is available on the Stolpersteine Hamburg website. To my amazement, I found that someone has compiled a lengthy entry for Adolf Kahn, providing a wealth of facts unknown to his living descendants.

The entry quotes my grandmother’s older sister Helene: “My father went to the workshop every morning and worked until late in the evening, interrupted only by meals. He had his regular customers, who came to him again and again, not only for repairs, but for custom designs. His master’s diploma hung in the living room next to a large group shot of his military service as a young man, both of which he was very proud.” 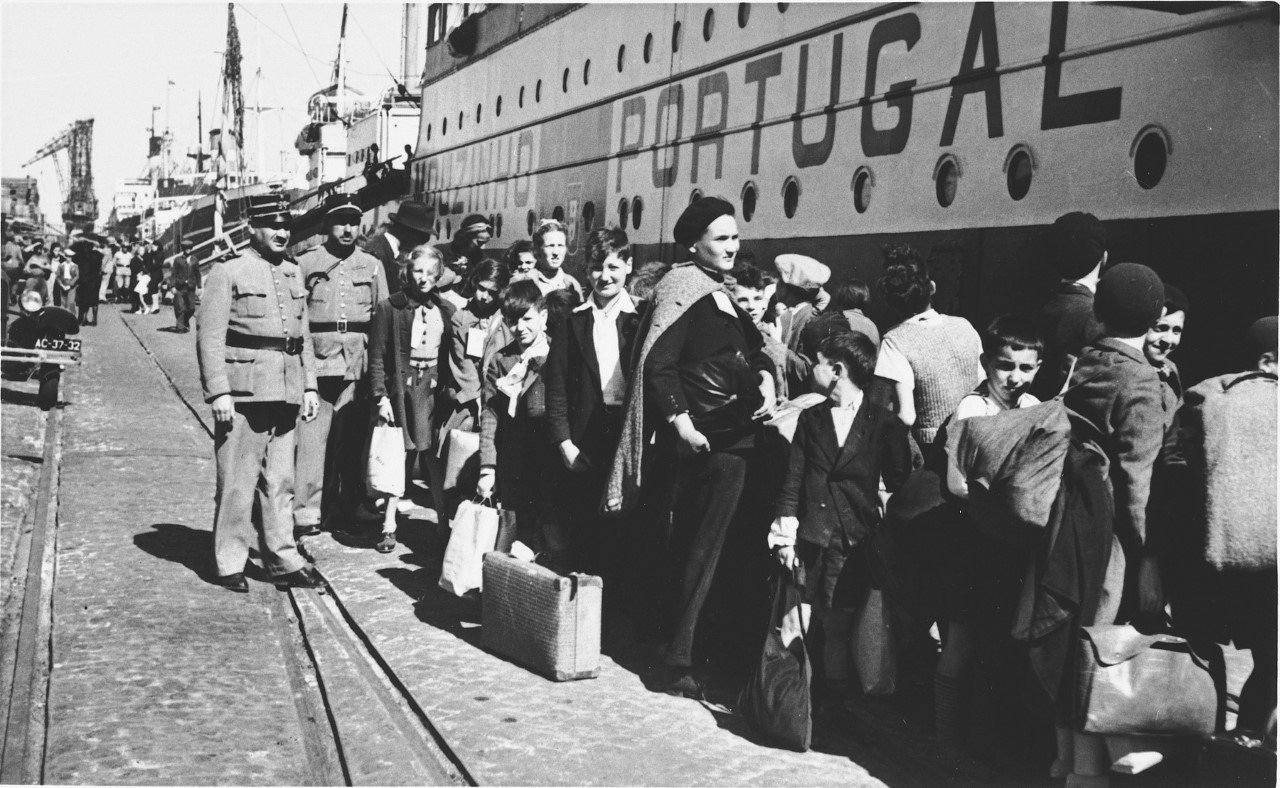 Refugee children in Lisbon boarding the ship that would also carry my grandmother to New York.

My Aunt Helene and Uncle Emil immigrated to the U.S. in 1928. I have fond memories of visiting them in Washington Heights, in upper Manhattan.

The entry also says that Adolf and Jettchen were transported from Hamburg to Minsk, in the German-occupied western part of the Soviet Union, in November 1941, where they were murdered by the Nazi government, a few months after granny’s arrival in New York.

I continue to dig into this family history. I’m developing a website to document what I’ve learned for the benefit of my extended family and anyone else. I need to know where that quote from my Aunt Helene came from, among other things. Fortunately, my father recorded his wartime story in a brief memoir while he still had the capacity to do so.

This story of persecution, survival, and annihilation in my family has always been lurking in the background for me. Perhaps that’s why my sympathies are with the folks seeking refuge and asylum at our southern border and elsewhere.

We should not forget that the asylum laws so much in the news today reflect our nation’s shameful, tragic failure to provide haven to more European refugees in the pre-war period and its postwar commitment to never repeat it.