To Audrey, With Gratitude 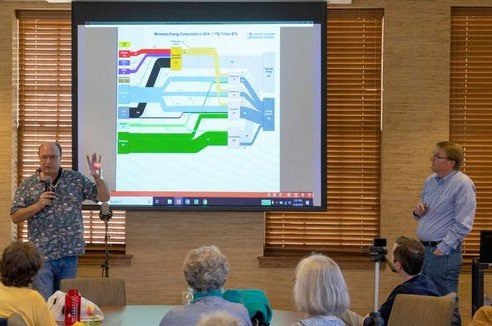 Two climate change activists at our April 2019 chapter meeting promoted electric cars as a key weapon in the fight against climate change. They said that transportation produces by far the biggest percentage of greenhouse gas emissions in Minnesota.

They said windmills and solar energy could help move Minnesotans away from gas-powered vehicles, without requiring any new electric power plants. They noted that oil in Minnesota is getting dirtier and that money spent on electricity is like “buying local” since a big percentage of spending on gas leaves the state.