Humanism: Using Our Own Good Fortune for the Greater Good 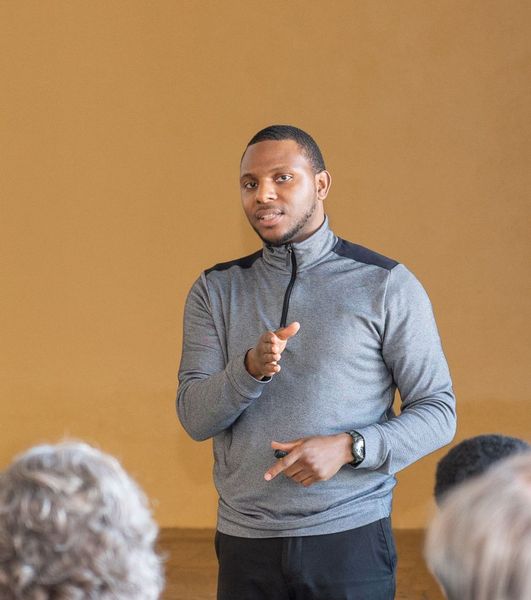 Elizer Darris, who experienced the dehumanization of prison as a juvenile offender, spoke to our March chapter meeting about strategies to “Disrupt, Dismantle, and Destroy” mass incarceration.

Darris, now a field organizer for ACLU of Minnesota, was sentenced to life in prison at age 15 but worked to educate himself and successfully fought to get his sentence reversed on appeal. But his experience as an inmate, where “every day you have to fight to preserve your humanity,” continues to inform his work.

He was especially shaken by the suicide of a close friend, Sammie Lamont Johnson, who, like Darris, was a juvenile serving time in an adult facility. (“I slip Sammie into every presentation,” he said.)

A “self-proclaimed humanist” while incarcerated, Darris urged us to help destroy the mass incarceration pipeline “that has devastated our nation,” especially African American communities.

That includes ensuring that “returning citizens” can engage in civic and vocational life, Darris said. ACLU is part of the Restore the Vote – Minnesota coalition, which is working to change laws barring Minnesotans with a felony conviction from voting while they are under supervision.

He also said we should fight to:

Darris challenged us to volunteer as educators in prison, work for legislative change, demand increased civilian oversight of the prison system, and hold community organizations accountable.

“No cavalry is coming,” he said. “You are the cavalry.”