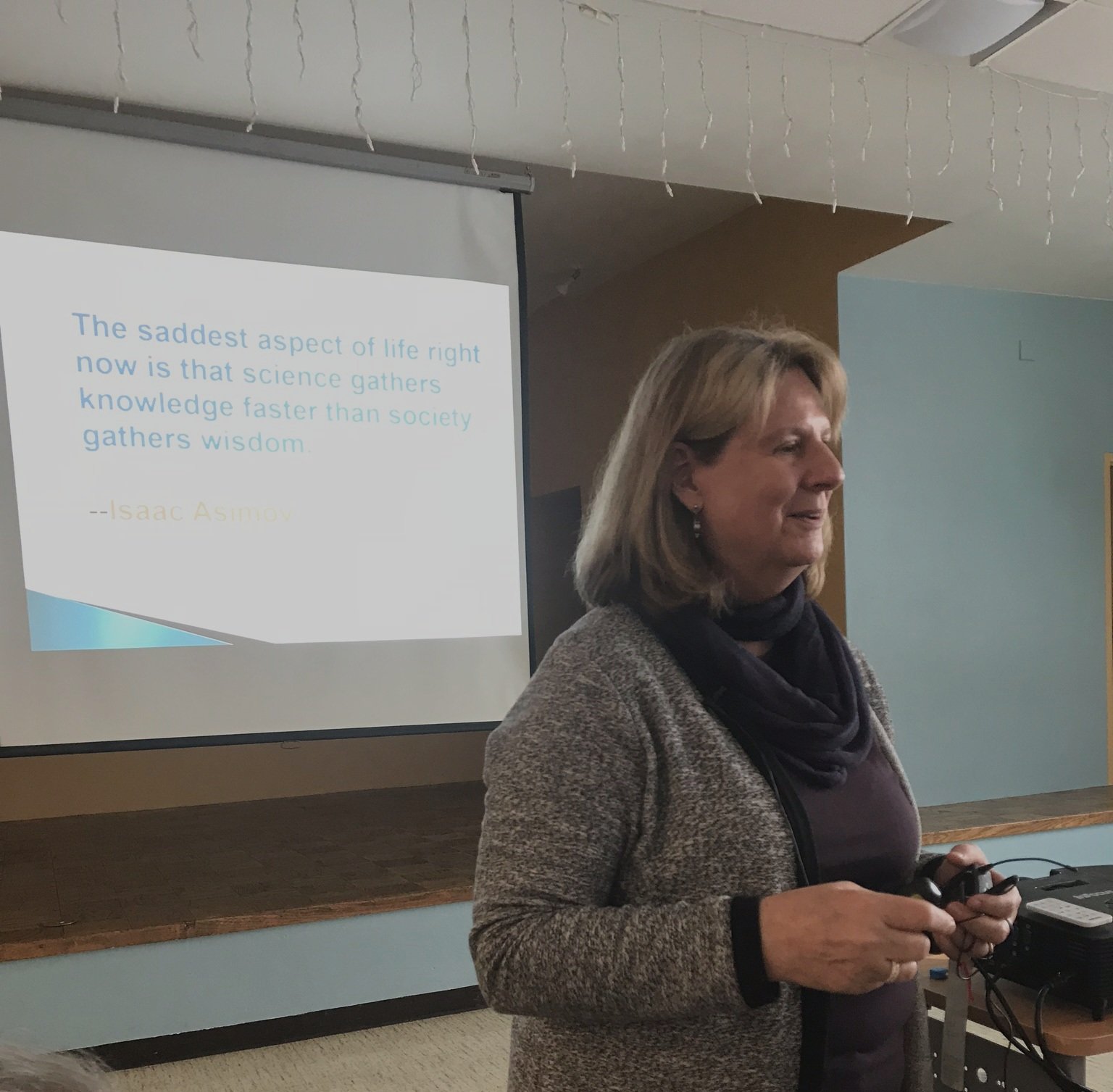 The explosive growth in genetic research and testing is creating a host of ethical and practical concerns, Bonnie LeRoy, professor and director of the Graduate Program of Study in Genetic Counseling at the University of Minnesota, told our February chapter meeting.

Things are moving so fast, much of it driven by commercial testing companies, that the medical community is having a hard time keeping up, she said. “There’s a lot of money in testing right now,” she said.

One example:  Prenatal cell-free DNA (cfDNA) screening, a new method to screen for certain chromosomal abnormalities in a fetus. It can be conducted early in the pregnancy with no risk to the fetus, unlike the more invasive amniocentesis. So there’s a danger it will be ordered for all pregnancies, she said,  and “you could find abnormalities in everyone.” The medical community doesn’t understand it well and most patients don’t know what to do with the results, she said.

Genetic research can help us learn more about how cancer and other diseases are transmitted — and has the potential to help us eliminate harmful conditions from the population. But LeRoy highlighted challenges including: