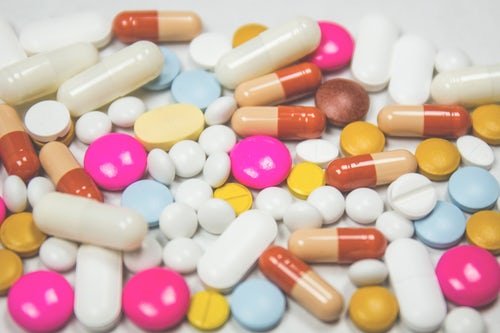 When Lyndon Johnson was U.S. Senate Majority Leader, he had a notorious reputation as a deal maker who would vigorously browbeat balky senators until he got the outcome he wanted. One of his favorite sayings to them was, “Don’t spit in the soup, we all gotta eat.” Essentially what he meant was that there was plenty of government largess for everyone as long as no one objected too much to some other senator’s wasteful pork barrel project.

I was thinking about LBJ after reading another depressing article about the high cost of health care in this country. This article was about people who cannot afford to access necessary treatment either because 1) they do not have insurance, or 2) the deductibles and/or coinsurance on their insurance plan are outrageous.

Full disclosure: I am not a health care economist and don’t pretend to be an expert on the subject. However, I did work in the health care and insurance industries much of my professional life and would like to share my thoughts regarding what many everyday folks in this country regard as the most important issue in their lives — affordable health care.

Recent polls indicate that a majority of people believe The Affordable Care Act (“Obamacare”) is an improvement over the mishmash of insurance options available prior to the passing of this law in 2010. However, even though Republicans have done their best to kill or vitiate it, Obamacare was seriously flawed from the beginning. In my view, the root of the problem lies with the assumption that health care could be affordably delivered to most, if not all, Americans without significantly affecting the revenues of the participating major health care providers or insurers. There is a limit to what people, or government, can spend on health care.

After he was elected, Obama insisted that affordable health insurance be the first serious policy issue that the Democrats addressed in Congress. (That is to say, after rescuing a sinking economy thanks to Wall Street shenanigans.) As a result, extensive Congressional hearings were held involving a multitude of witnesses with a stake in the current system. The Obama administration also negotiated directly with all the major players (and their lobbyists) in the health care industry, e.g. hospitals, doctors, drug companies, insurers. Obama’s strategy was to get “buy-in” from them to co-opt the type of political opposition that doomed “Hillarycare” in the 1990s.

Instead of browbeating stakeholders as LBJ would have done, Obama assured all the major players that, due to increased patient volume, there would be plenty of largess to spread around. Deals were made and assurances given to persuade them to get on board with this historic initiative while they could. For example, the pharmaceutical industry was promised that there would be no reimportation of drugs from countries like Canada, where they’re sold at a fraction of what Americans pay. There would also be no government negotiations to lower drug prices under Obamacare.

However, the assumption that health care in this country could be affordably delivered to the American people through the cooperative efforts of the players involved has been proven wrong. The cost of insurance premiums and health care services has not abated substantially as predicted. There is too much unmitigated greed and waste in the system. That, coupled with the lack of competition in many markets and the obtuseness of health care pricing, has left a crisis for consumers.

Unless the government proactively addresses this fundamental flaw through significant governmental regulation, average people will not be able to afford decent health care going forward based on skyrocketing cost trends in the industry. This means some, or all, of the stakeholders in the system, including insurance companies, pharmaceutical companies, hospitals, nursing homes, physicians, need appropriate regulatory oversight to control costs.

I do not have the time or space in this article to fully document the broad assertions that I make in this article. However, there are several books and articles that make similar points, notably America’s Bitter Pill by Steven Brill. From my own experience, the health care “middlemen” like insurance companies and pharmacy benefit managers, players that ostensibly exist to mitigate the cost of health care, actually increase substantially what you pay for both services and drugs. I could also provide numerous anecdotes regarding the nightmares people have experienced in obtaining the health care they need at a cost they could afford.

But the best evidence is always derived from your own experiences. Think of what you paid for premiums 10 years ago. How much have they increased since then? Do they put a strain on your budget? Have you recently gotten “sticker shock” on drugs prescribed for you or your family  — even with insurance? If so, you know there is an affordability problem in American health care. To believe that the major industry players will voluntarily exercise restraint in holding down the prices you pay for health care is like believing in the tooth fairy.

The American people deserve the same type of affordable health care available in every other developed country. No other mature health care system has the same issues involving the lack of pricing transparency, monopoly power, and the dearth of government oversight that leads to the obscene profits and egregious waste experienced uniquely in this country. As the current situation is supported by the lobbying power of the health care industry, we must make the political choice, through the ballot box, to intervene.

What might that intervention look like? There are several options being discussed within the Democratic Party. (The Republicans appear content with the current chaotic, costly system). My own preference would be to gradually, in stages, provide everyone access to a Medicare-type program. As history demonstrates, however, unless there is a general consensus among the electorate that the current system is unsustainable, any proposed remedies will just become a political football every election cycle.