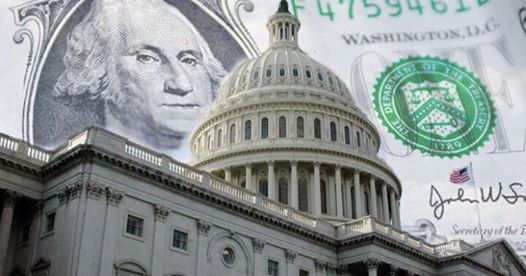 Humanists of Minnesota has endorsed efforts to amend the U.S. Constitution to restore our ability to regulate campaign spending and curb the influence of money in politics. This would reverse damaging Supreme Court rulings, including Citizens United, which struck down restrictions on political spending by corporations and billionaire donors on free-speech grounds. Vicki Barnes, Minnesota state coordinator for American Promise, reports on recent legislative developments.

Two proposed constitutional amendments have been introduced in the U.S. House of Representatives. One, H.J. Res. 2, addresses only election spending, the other,  H.J. Res. 48, covers election spending as well as personhood rights for artificial entities (corporations, unions, social welfare groups).

The latter goes the furthest in the right direction. This would clarify that only natural persons have rights protected under the Constitution. When corporations claim a “personhood” right before this corporatist Supreme Court, like the right to free speech, the people are  likely to lose. In the absence of an amendment, a new Court ruling would be needed to change this interpretation, which is unlikely in the next few generations.

Here are your marching orders:

Just last week, two bills were introduced in the Minnesota Senate that parallel the federal bills:

Why This Is Important

American Promise is working with groups including Minnesota Citizens for Clean Elections to get this amendment adopted. Just a reminder of why this is important. We have been held hostage by the wealthy and powerful individuals and special interest groups. By influencing our elections, they buy entry into development of public policy where they are able to write the laws that benefit themselves.

As Americans, we have the final say. We are not helpless in this situation. Complaining about  Congress does no good if we don’t elect candidates who commit to working for us. Let’s make this the one issue we care about: none of the other issues can be resolved if we do not address this one.

Please contact me at mn.americanpromise@gmail.com if you have any questions.