The Times They Are A-Changin’ – for Secular Voters 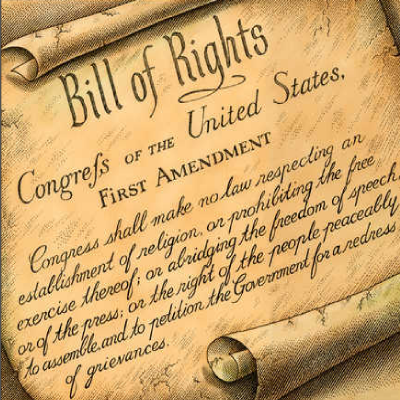 The new, historic 116th U.S. Congress is in session. It is comprised of more women, more women of color, more openly LGBTQ+ members, and a lot more millennials – from just five to twenty-six. Wow! The times they are a-changin’, to quote the iconic Bob Dylan anthem of the 1960s.

Another notable change is the number of legislators who refused to specify a religious identity, as reported by the Pew Research Center. Yes, the newly elected body continues to be overwhelmingly Christian. But there was a slight decline from 91 percent to 88 percent, with some other faiths making marginal gains. More significant, however, is that 18 members of Congress refused to specify a religious identity – up from 10 in the past. Hmm. What could they be, and why did they refuse? (The demographers have an “unaffiliated” category but only one chose to identify that way.)

So who are these contrarians? Perhaps they are would-be compatriots of the lawmakers who this past year joined the Congressional Freeethought Caucus. Founded in April by Rep. Jamie Raskin (D-MD) and Rep. Jared Huffman (D-CA), the  caucus has 10 members. Its primary goals are to promote public policy based on reason, science, and moral values, protect the secular character of our government by adhering to the Constitutional principle of church/state separation, and oppose discrimination against atheists, agnostics, humanists, seekers, and both religious and nonreligious persons.

How refreshing to have at least a small cadre of legislators who are willing to buck the narrative that this is a Christian nation and that “people of faith” are the moral standard-bearers in our society – and hence for our government. That national narrative has come into ascendancy the past few decades.

Starting in the mid-20th century, but gaining strength in the Reagan era, conservative intellectuals schooled media pundits, who then goaded Religious Right foot soldiers to turn the tide away from the progressive policies of the New Deal, civil rights, women’s rights, and environmental movements. It took many years, but they were persistent, and they successfully moved the political dial considerably to the right.

Now we’ve got to help courageous legislators change that narrative! It’s time secular citizens of all stripes come out of the closet. Humanists should be on the forefront of that parade. We’ve got to help bury that false religious narrative about America.

Our worldview means nothing if we are armchair humanists. We’ve got to get out on the front lines. Fortunately, there’s help, thanks to the Secular Coalition for America and the American Humanist Association with its sister organization, the Center for Freethought Equality. Not only did these organizations help establish the Congressional Freethought Caucus, they also have lobbyists to represent secular humanists – represent us — at our nation’s Capitol!

Are you willing to identify yourself as a “secular values voter” to your representative and senator? Doing this by oneself can be intimidating. Being part of a group – even if only three to five folks – is much easier. Surely there are that many secular humanists in each of Minnesota’s eight Congressional districts. Let’s organize ourselves and introduce ourselves to our members of Congress.

We could start in the Twin Cities. Congressional District 5 (CD 5) is represented by Ilhan Omar, CD 4 by Betty McCollum, CD3 by Dean Phillips, CD 2 by Angie Craig, and CD 6 by Tom Emmer. Not sure who represents you? Go to this site and find out.

These are our representatives. You may have met them at a campaign event or at a town hall meeting. You may have seen them on-line or on TV. Now is the time to let them know who WE are and what WE expect of them: That they step up for church/state separation and represent everyone in their district – those of us with no faith as well as those of any and all faiths. And  work for the common good based on reason, evidence, and shared human values, not sectarian beliefs.

Humanists of Minnesota’s Social Action Team is pulling together members and friends by legislative district to talk to our representatives and/or their staff. Please tell us if you are willing to be part of a team that will contact your federal and state representatives by e-mail or are willing to participate in a meeting with fellow humanists. Contact me at president@humanistsofmn.org.

The national secular humanist organizations need our help. When they speak for us in Washington, D.C., they need to be able to point to people across the country in the various legislative districts – actual secular humanists – who want secular representation at the Capitol.

There is movement across the land to change the narrative about our country. That this is a land increasingly comprised of people of no faith and a whole host of faiths. For all of us to thrive together, we must adhere to a secular government that protects the religious liberty of everyone. One nation, under law, with liberty and justice for all.