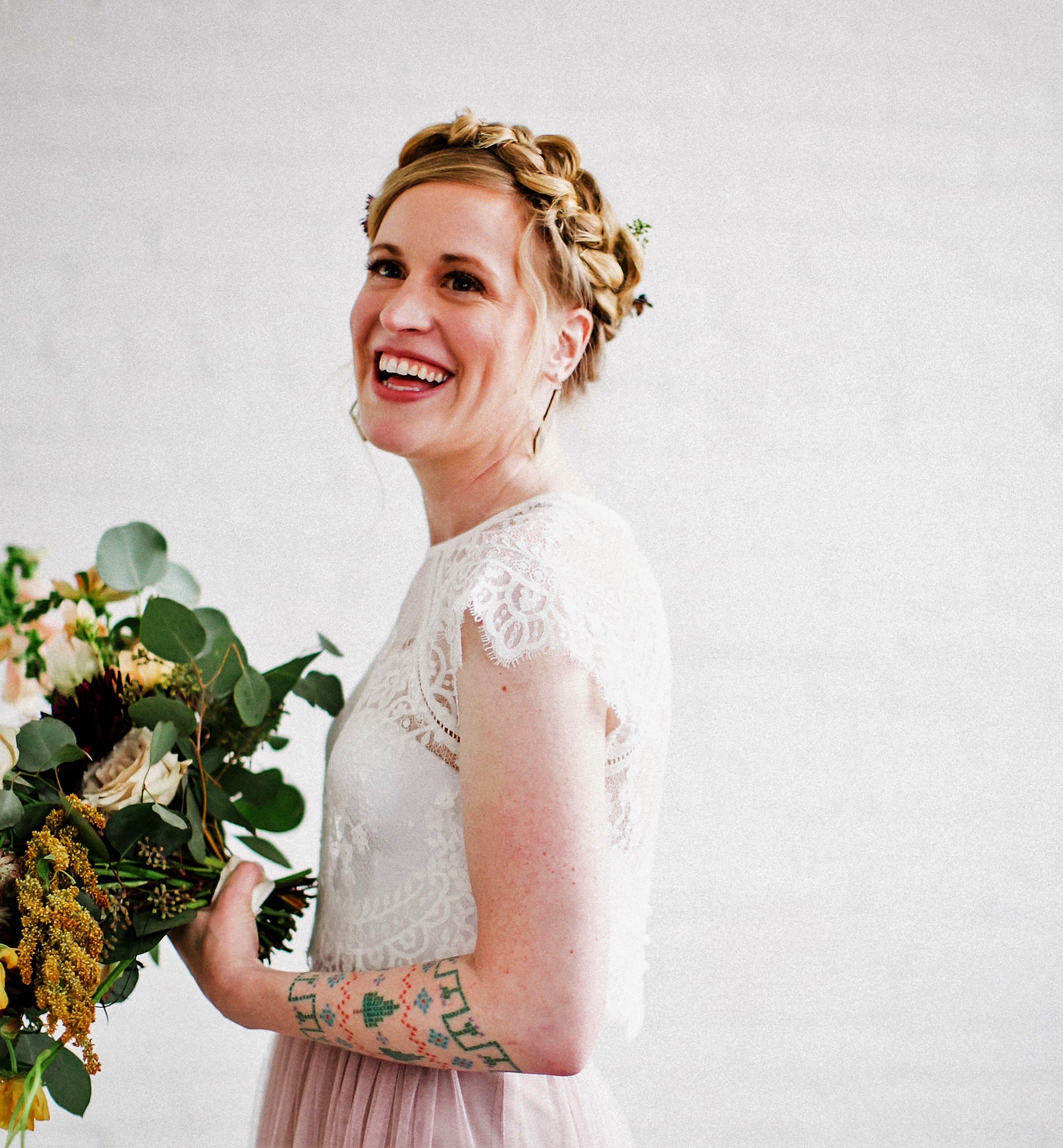 My “descent” into humanism began, like many of us, before I even had a name for it. At the ripe old age of 14, I had a stark realization: the concept of a god seemed silly. Magic was the word I used when I nervously confessed to my then (and still) best friend, Jenna. I grew up going to church, but it was a progressive, open-minded Congregational community that encouraged exploration.

During confirmation, we were required to visit a service of another faith. They truly wanted us to “see what else was out there” to make sure this was the right place for us. Still, I got confirmed. Despite that rad, hip process, I just wasn’t there yet. It didn’t seem like a matter of if, but which. As many people say about 18-year-olds going to college, I think the confirmation process happens too early, before our brains develop enough to really critically think and decide.

So it was not long after confirmation that a light turned on. “This really doesn’t seem logical,” I thought. “It sounds like magic.” I hesitantly, gingerly voiced this skepticism to Jenna. I can’t say what would have happened if she’d been upset, confused, or disappointed. Would I have been embarrassed? Backpedaled? Lied to her, and myself, that I did believe in the magic? I don’t know—but I thankfully didn’t have to experience that moment. Jenna agreed. She had agnostic feelings, too. That was all I needed. My family was not overly religious by any means, so I didn’t have a threat of disownment or shame. But it was still uncharted territory and I now knew I was not on that journey alone.

I tended toward the “agnostic” label, as it felt reckless and bold to choose “atheist,” a word that suggests we know something we really cannot. I’d always say, “I cannot know for sure, but if I had to guess, a higher power seems pretty ridiculous.” But it felt odd to define myself by what I was not, by what I did not believe in. Lack of belief is a baseline; we are conditioned to believe. To need a label for an inherent default felt like it was not a sufficient self-definition. What makes me who I am? Why am I a good person? Why, without magical faith, do I practice and value goodness?

My “aha” moment came from a few sources. One, Kurt Vonnegut, my favorite humanist. As I delved into his works in college, I developed a love of his thoughts on the world we live in and how we live in it. Around the same time, my wise friend and roommate Kyle was always sharing knowledge, both obscure and fascinating. I managed to gain important insight from him in the midst of throwing parties, playing hours of video games, and eating our weight in Pizza Rolls. Ah, college. But I digress—he alerted me to the University of Minnesota’s Campus Atheists, Skeptics, and Humanists organization. I didn’t get involved before graduating, but it did plant the seed that this little corner of the world called humanism had a place, a community, a shared practice.

It took me several more years of casually browsing Meetup events to take the plunge. I think I just needed a little push. After I met my now-husband Nick, he realized that he was a humanist too—he just didn’t know there was a name for it. Finding a partner who was also interested in being a part of this community was what I needed to get rolling.

I can say now that I am technically an atheist. I do not believe there is a god or any higher power. And the believers are partly right: “Isn’t it sad to not have faith in anything? Isn’t it depressing to see no purpose in life?” Yes, it can be overwhelming and dark to believe there is nothing after life. But my faith is in people. And my purpose is self-defined. It is freeing to be the captain of my own rational ship.

I would probably be “happier” if I believed in a god that protected me and promised me eternal life, but I don’t. I don’t have a choice, so I have to find light and meaning in what I do know and trust. Which is why I love humanism—it speaks to what I do believe, what I do value, and what I can make of the world while I’m in it. Yes, I am an atheist by definition. But I am a humanist in practice—as a friend, partner, daughter, sister, neighbor, and stranger.

Ellie Haylund is a Humanists of Minnesota board member and chair of the membership team.