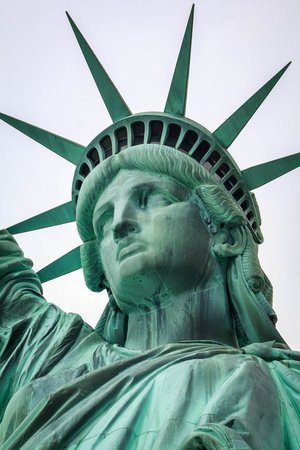 How are you feeling now that the midterm elections are almost over? As I write this at the end of October, I don’t know if I’ll be cheering or grieving the morning after. However, no clairvoyance is needed to predict that the country will be awash in emotional outbursts of one sort or another. For some, it will be a great day, for others not so much. But anyone planning to take a “victory lap” should think twice. Whatever the outcome, “victory” is not yet at hand for America.

The current division in our country is palpable and destructive. These elections weren’t going to fix that. Sadly, in fact, they may exacerbate those divisions even further since our elections now function as a zero-sum game. And we’re all keeping score. Our elections aren’t enabling effective governance or strengthening social cohesion. And as far as I can tell, bridging these deep schisms is a long way off.

Nonetheless, in the days ahead, there’ll be speeches about people coming together.  We’ll hear calls for unity. We always do. It’s a good sentiment to foster. But not at the expense of our core values as Americans — or humanists.

Like many people, I lament and agonize over the seemingly intractable divisions in our country. But in a recent Time magazine article, “There’s nothing virtuous about finding common ground,” Tayari Jones puts that concern into proper perspective:

“As Americans, we are at a crossroads. We have to decide what is central to our identity: Is the importance of our performance of national unity more significant than our core values? Is it more meaningful that we understand why some of us support the separation of children from their parents, or is it more crucial that we support the reunification of these families? Is it more essential that we comprehend the motives of white nationalists, or is it more urgent that we prevent them from terrorizing communities of color and those who oppose racism?”

Her point is well taken. As Americans, and humanists, bridging the divide isn’t always about finding common ground or coming to the center. Sometimes, of course, those steps are warranted, but not if we compromise core values. The trouble is, people on the “other side” are probably saying those same things.  Each side standing firm in its principles.

The truth is, as individuals we don’t all share the same values in this country. We are multicultural and interracial. We are interfaith and nonbelievers. We espouse many different philosophies and political ideas. We all have distinct histories, whether as descendants of indigenous peoples, slaves, immigrants (past and present), or refugees (old and new). This is America: a country of many individual identities and a multiplicity of values.

What then is the American identity? A shared identity to which we must all subscribe if we are to govern ourselves effectively and live with a modicum of civility. Our country was diverse at its founding but was built upon the humanist ideals of Enlightenment democracy, the promise of equality, and pursuit of the common good. Our shared identity must start there – even though America did not deliver on those promises at its inception. The American identity comprises those core ideals and values. They are foundational and nonnegotiable, not to be ascribed to the right, left, or center. But they are still aspirational for our country. Working on these ideals is what it means to be an American.

We are not the story of one person, one culture, or one religion. We are a collection of stories of people from across the globe. Citizens transcend tribal thinking to live, work, play, dream, and govern together. All are welcome. Not just the privileged and powerful.  In the words of Emma Lazarus, aka Lady Liberty: “Give me your tired, your poor, Your huddled masses yearning to breathe free, The wretched refuse of your teeming shore. Send these, the homeless, tempest-tost to me, I lift my lamp beside the golden door!”

We cannot let stand the false narratives that America is a “Christian nation” or an English-only speaking nation, or an Anglo-Saxon/white nationalist country. Americans are citizens of the world—both literally and figuratively—who call America home and commit to American ideals.  E pluribus unum. Out of many, one.

For students of history, this is nothing new. But our core American values and national identity are getting distorted and lost in the current political malaise. Educators, activists, journalists, political, and cultural leaders must tout the American story and our shared American identity more diligently and clearly than ever in these troubling times. Perhaps then we can start bridging the divides and work constructively toward a more perfect union.

Audrey Kingstrom is president of Humanists of Minnesota.