What do you believe in? It’s a question that everyone gets at some point in their life. For a lot of people, th 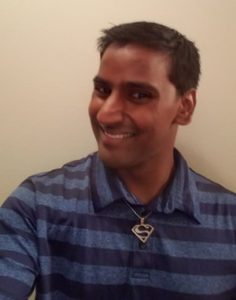 e answer depends on when and where you ask them. I know that answer has changed for me a lot.

I grew up in a very religious family and realized at a young age that I was not very religious, or in fact religious at all. However, religion fascinated me. I questioned my family’s religion early and often. In fact, I’ve always questioned things commonly accepted by most.

Growing up in a religious family and religious community, belief wasn’t a choice. It was an assumption. You could either accept the beliefs of your family, friends and community; or you could choose to be wrong and risk being sent to a realm of eternal torture by a “loving” god.

I was homeschooled from the 1st to 12th grades. I spent most of my childhood in a rural area and didn’t have many social opportunities outside of the church. For many years, I never knew that not believing in a god was even an option.

I spent quite a bit of time trying to believe, even though it didn’t make sense to me. I tried to work through it using logic and critical reasoning, tools that served me well in most other areas of my life. As I reached my teenage years, I started listening to comedy routines by George Carlin. I was originally drawn to him for his unapologetically vulgar tone, which I strongly related to, yet never felt I had enough freedom to express.

While I still appreciate to this day his proud vulgarity and those who have been inspired by it, his thoughts on organized religion were what truly changed my perspective. He wasn’t just questioning religion, he was deconstructing it on a surprisingly intelligent level.

I felt like I was finally able to admit to myself what I had always suspected. I started calling myself an atheist since I was not convinced by claims of the existence of a god or gods. As strongly as I identified with the label atheist (and still do), I felt there was something missing.

It wasn’t a god-shaped hole, it was a human-shaped hole. Atheism truly does have a lot of value, yet there is one thing organized religion does much better: creating and sustaining a closely connected social community.

Atheism can be a lot of things, but in its most simplistic form, it’s nothing more than a lack of belief. It’s difficult to form the kind of social bonds that religion offers over a lack of something.

While I was an undergraduate at the University of North Dakota, I joined and eventually led a group called the Freethinkers, which was exactly the kind of social community I was looking for. While running the group I started to realize how much my values aligned with humanism. With my passion for critical analysis, defending the rights of others, and creating secular social opportunities, there was quite a lot to relate to.

Going back to the question of what you believe in, and more importantly why, humanism answers both questions. Technically, anyone can be an atheist if they lack a belief in a god. However, to be a humanist you must have a passion for critical thinking, the scientific method, and logical reasoning. These are the most positive ways to be an atheist.

At age 25, my passion for creating a secular social community has been renewed. After leaving college in 2016, I tried to seek out more people like myself but found it difficult—partly because of my own problems, but partly due to the lack of the type of social opportunities I was looking for. There are secular social options, but they can either be limited in scope or filled with members several decades older than me.

As great as it is to see passion for a secular lifestyle from the generation that is usually better known for fighting against such beliefs, the generational gap can hinder forming a close social bond. It was this lack of younger engagement that initially pushed me away from the local secular groups.

But then I realized that this type of thinking was exactly why there are few young secular people active in the community. That’s why I chose to be more active in the secular community, including Humanists of Minnesota, and why I hope I can inspire others from my generation to do the same.