Be a Secular Values Voter 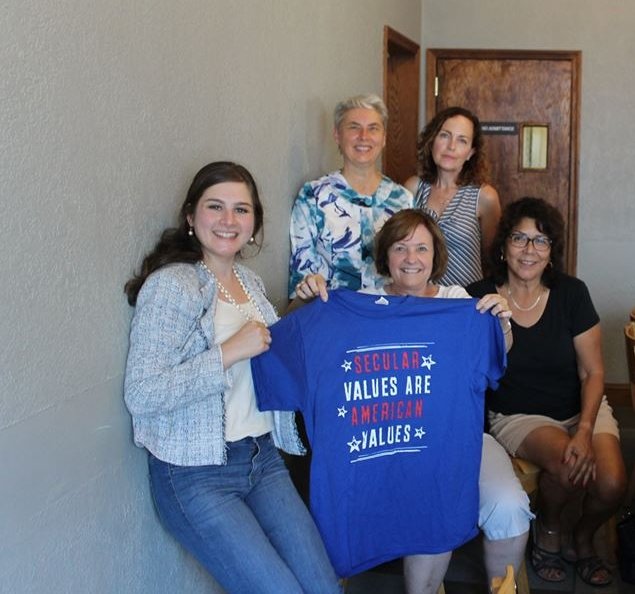 Want to help counter the political influence of the Religious Right? If so, Humanists of Minnesota has a deal for you!

Several of us met in August with representatives of the Secular Coalition for America, which is working to build the power of secular voters across the country. We agreed to follow up by organizing a voter-registration drive and encouraging our members to sign up for the coalition’s Rapid Response Network.

The voter-registration drive for the November elections will help raise our visibility as political actors (see here for more background on the strategy). If you would like to help, please contact Marcy Woodruff at rdrcontact@yahoo.com.

The Rapid Response Network is building teams of secular constituents in every congressional district in the country. Members agree to take actions as instructed about urgent matters before Congress (for example, making phone calls, dropping off information at district Congressional offices, writing letters to the editor).

Please consider joining this network here. HofMN will have access to the names of those who sign up, which will help us mobilize people for other issues that our Social Action Team deems important.

Let’s raise our voices. After all, do you really want Congress to pass the Aderholt Amendment, which would allow publicly funded adoption agencies to discriminate against qualified parents because they don’t live up to the agency’s religious standards? Or the Senate to send Brett Kavanaugh to the U.S. Supreme Court, with his record of upholding exemptions for certain religions? Of course not!

(This letter spells out ways that Kavanaugh has violated the principle of separation of church and state, for example by declaring that Christian prayers before a Presidential Inauguration, as well as prayers before high-school football games, are constitutional; and opposing rules requiring religious employers who decline to offer insurance coverage for contraceptives to notify the government and their insurers of that decision.)