Coffee Is Not Just for Closers

A HUMANIST JOINS THE FIGHT TO COUNTERACT BIG MONEY IN POLITICS 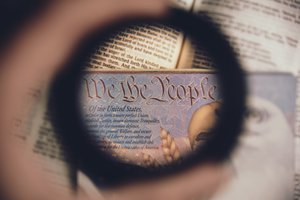 When I joined Humanists of Minnesota in January, I had no idea what I was getting into. And it’s all good!  One of the first events I attended as a member was a presentation in February by Jeff Clements, President of American Promise, with Social Action Team leader Meline Juarez.

American Promise is one of the organizations that are pushing for passage of the 28th Amendment to the U.S. Constitution, a proposal to counteract the 2010 Supreme Court Citizens United ruling. I must confess that until that day I had no idea that this effort even existed.

The Supreme Court said that political spending is a form of protected speech under the First Amendment and that the government may not keep corporations or unions from spending money to support or denounce individual candidates in elections. In short, corporations or unions could not give money directly to individual campaigns but they could persuade the voting public through other means, including ads, especially where these ads are not broadcast.

I don’t need to tell you how devastating this ruling has been for our democracy. The result  is that an extremely small minority (30 families including the Koch brothers) have spent billions of dollars in the last eight years to influence people. The Koch brothers and 13 other super-rich conservatives spent $960 million in the 2016 election alone.

Clements was in town to promote action by individuals and the State Legislature to enable Minnesota to become the 20th state to pass the 28th Amendment. MN American Promise worked with Minnesota Citizens for Clean Elections, the League of Women Voters Minnesota, and Common Cause of Minnesota to put a resolution before Legislature. The intro reads:

These groups worked with two Democratic legislators, Sen. John Marty and Rep. Raymond Dehn, to introduce SF1082 and HF2139 for action in the 2018 session. Unfortunately when I checked on the status of these two bills I learned that neither has made it out of committee. The official explanation provided to me by committee contacts was the proposals did not “meet the deadline,” meaning for all practical purposes that no action will be taken in this legislative session.

As a follow-up I contacted Vicki Barnes, MN American Promise State Coordinator, to get her take on what happened. She said Marty and Dehn were enthusiastic about the legislation, but the (Republican) committee chairs not so much. Vicki said supporters knew it would be a long shot to get committee approvals, but she hasn’t given up on the process. She said the proposal for a 28th Amendment has a lot of support in both the metropolitan area and greater Minnesota.

Now, she said, we need to make this an issue in the 2018 election campaigns and bring the matter to our local governments. I will keep HofMN posted about developments. But please let your legislators know you want them to push for this amendment. For more information and tips, see the MN American Promise website or feel free to contact Vicki Barnes at (218) 214-2221 or mn.americanprogress@gmail.com.