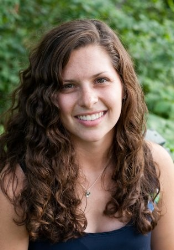 Sarah Kruger Hilger interviewed Humanists of Minnesota members for a graduate-school study she is conducting on non-religious leaders. She is exploring how such individuals establish credibility when many Americans equate morality with religion. Following is a summary of a draft paper she just submitted to her academic adviser.

The percentage of Americans who identify as non-religious is steadily increasing: 22.8 percent did so in 2014, a six-point increase over seven years earlier, according to the Pew Research Center. While these individuals make up a significant portion of the U.S. population, they remain a fairly understudied and, to some extent, marginalized group. As noted by authors of a 2016 article in Social Forces, there is a strong belief in the U.S. that “religiosity is central for civic virtue, that societal standards of right and wrong should be rooted in historic religious traditions, and that Christianity underpins American identity.”

This association of religion and morals can be a dilemma for individuals who identify as both non-religious and leaders since demonstrating oneself to be ethical and moral is essential to establishing one’s credibility as a leader. My study examined how such individuals navigate others’ perceptions and stereotypes in order to establish themselves as credible leaders.

Statement of the Problem

Academic research that I examined found that leaders establish credibility and gain follower buy-in by demonstrating they are ethical and moral. “Credibility is the foundation of leadership,” says the book The Leadership Challenge: How to Make Extraordinary Things Happen in Organizations. However, morality, as perceived by U.S. culture, is often tied to one’s religious affiliation. According to a 2017 report from the Pew Research Center, 42 percent of adults in the U.S. agree that one must believe in God to be moral and have good values.

To understand how individuals who identify as non-religious establish themselves as credible leaders, I conducted semi-structured, one-on-one interviews. The interviews took place in late December 2017 and early January 2018. After completing those, I conducted a semi-structured focus group with five additional individuals in February 2018. The questions posed to the focus group were informed by the themes and insights brought to light during the interviews.

My study found that participants navigated society’s perceptions and stereotypes of their identity as non-religious by embracing that identity, minimizing it, or separating from it. The choice depended heavily on the audience and setting.

I categorized minimizing one’s identity as choosing not to engage as non-religious in the presence of others. This is often done to reduce tensions. While in this context an individual abstains from engaging in aspects of their non-religious identity, their audience is aware of that identity. Minimizing demonstrates itself in a variety of forms. Examples given in the interviews and focus group included deliberately not talking about one’s identity as non-religious, redirecting conversations, and participating in religious rituals, although often in a passive manner.

I defined separating from one’s identity as the act of intentionally not identifying as non-religious in a particular context. Like minimizing, this is often done to lessen the likelihood of discord. However, separating is done in a setting in which an individual has not shared their identity as non-religious with their audience. This can be in the form of deliberately not identifying oneself as non-religious, choosing to allow others to make assumptions about one’s religious identity that are in line with the status quo, or covering one’s identity by engaging in religious activities or actions.

Participants reported that they were most likely to embrace their non-religious identity when with trusted friends — if they felt doing so would have either a positive or neutral impact on the relationship or if they felt it would be dishonest to not confide this aspect of their identity. Older and retired participants appeared most confident in their willingness to identify as non-religious.

Participants were most likely to minimize their non-religious identity, or separate from it, to curtail personal or professional backlash. Significantly, the only two participants who spoke about being open about their non-religious identity in the workplace said they have since minimized that identify by not engaging in further discussion about it and avoiding religiously associated work functions.

There was general consensus that individuals who identify as non-religious are perceived in U.S. culture to be less ethical or moral. This was seen as hindering their ability to openly share their identity with others, especially in certain professions such as elected officials, teachers, and professional athletes. To combat negative perceptions and stereotypes, participants recommended that individuals who identify as non-religious work to embody good leadership practices such as emphasizing common values, leading by example, and demonstrating oneself to be an authentic leader.

Sarah Kruger Hilger is enrolled in the master of organizational leadership program at St. Catherine University.