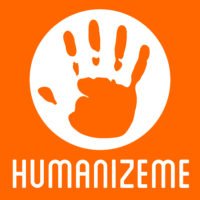 No god, now what? That’s a question many of us humanists have to face whether we are leaving behind individual beliefs or diverging from our communities of family, friends, neighbors, and colleagues.

This is especially true for Bart Campolo, host of the “Humanize Me” podcast, and Ryan Bell, host of the “Life After God” podcast.

Campolo is the son of noted evangelical author and speaker Tony Campolo. After spending most of his adult life following in his father’s footsteps as a pastor, Campolo revealed himself as a humanist in 2011. Bell is a former Seventh-day Adventist pastor who raised attention with his “year without God” experiment. After the year was over, he decided not to return to religion and instead live as an atheist.

On their respective podcasts Bell and Campolo reflect on what it means to leave religion both through personal experiences and in conversations with guests. Bell specifically focuses on this in a series of interviews labeled “the Ex-Files” that chronicles how individuals came to realize their faith was not working for them, often to extreme degrees, and how they were able to leave their situation.

In a recent podcast conversation, Bell and USC’s Dean of Religious Life spoke about how the next entering class identified as 42 percent religiously unaffiliated, making Bell the de facto chaplain for the largest percentage of the student population.

Drawing from their previous experience, Bell and Campolo seek to identify the needs of this rapidly growing segment and how to support them as they navigate through this life. Campolo frequently talks about what values are important to humanists and how and why we should live them out. He discusses what he has done with the fellowship he has cultivated, what inspires them, and how they are making an impact. Through the views offered by the hosts and their guests, they are enriching the landscape of the humanist community.