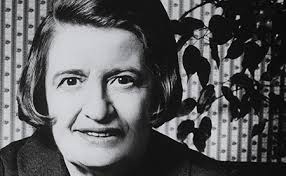 Many of you reading this are likely familiar with the late writer and purported philosopher Ayn Rand, even if you have never actually read any of her articles or books. The privileged daughter of a prosperous businessman in St. Petersburg, Russia, her family lost it all in the Bolshevik Revolution of 1917. Embittered by the historical turn of events of her childhood, the former Alisa Rosenbaum immigrated alone to America as a young woman.

Rand’s novels were not only immensely popular in the second half of the twentieth century, but are still widely read today. Although readers and critics still debate the meaning of many of her political, social, and economic arguments, an essential and undisputed cornerstone of her “objectivist” credo is the glorification of unfettered, laissez-faire capitalism. The protagonists of her novels are courageous individualists who struggle against the restraints imposed by a corrupt society and/or government.

Many of her current admirers have interpreted her writings as support for the political view that government should be substantially limited with taxes reduced to the bare minimum. This view coincides with the fierce opposition to labor unions and any governmental interference with business, such as environmental regulations. Unfortunately, some of these admirers are now in a position to actually implement policy in accordance with a Randian worldview—for example, Paul Ryan, the Republican Speaker of the House of Representatives.

Recently, HofMN had a TED Talk program on the topic of greed in our society. As a co-host, my perception was that the consensus of participants was that the level of greed in our society and culture is much higher than in the past. In my opinion, this is no accident. For the past 30 years, the Randian worldview has been ascendant in our political culture, giving rise to characters who could be cast as heroes in an Ayn Rand novel. Enter Robert Mercer.

If you could name the one person most responsible for the election of Donald Trump (other than Vladimir Putin or James Comey), it would be Robert Mercer, the reclusive billionaire who was the largest financial contributor to Trump’s campaign. He also is the former patron and employer of Steve Bannon, the disheveled Rasputin-like Executive Chairman of the far-right Breitbart News who has been a close political adviser to Trump.

A recent New Yorker magazine article on Mercer has the following passage:

He (Mercer) wants the U.S. government to be “shrunk down to the size of a pinhead.” Several former colleagues of Mercer’s said that his views are akin to Objectivism, the philosophy of Ayn Rand. ….”Bob believes that human beings have no inherent value other than how much money they make. A cat has value, he’s said, because it provides pleasure to humans. But if someone is on welfare they have negative value. If he earns a thousand times more than a schoolteacher, then he’s a thousand times more valuable.” …”He thinks society is upside down—that government helps the weak people get strong, and makes the strong people weak by taking their money away, through taxes.”

As some of you may have recently heard or read, the nonpartisan Tax Policy Center claims that the new Tax Cut and Jobs Act passed by Congress and signed by Trump will provide 83 percent of the tax benefits to the top 1 percent of Americans. And because there is almost universal agreement among those who have reviewed the law that deficits will explode as a result, Paul Ryan has stated unequivocally that entitlement programs that provide support for everyone else, especially the poor, will have to be cut.

If there is a hell, Ayn Rand must be down there smiling, waiting to give “high-fives” to Ryan, Mercer, and Trump. One could argue, with conviction, that it was she who won the election of 2016.