An ALS Diagnosis Sparks Advocacy on Medical Aid in Dying 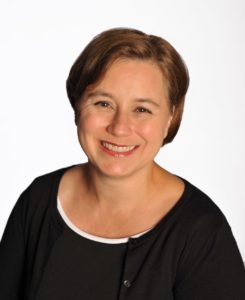 The gap between the number of people across the world who are trying to migrate and the number of spots available to them is staggering. And the United States under the Trump Administration has become increasingly unwelcoming. Michele Garnett McKenzie, who spoke at our November chapter meeting, has seen the devastating consequences through her work at The Advocates for Human Rights.

Only a fraction of the 21.3 million refugees worldwide have any hope of being resettled, with most living and dying in camps, McKenzie told more than 40 humanists and friends. For those excluded, “it’s life shattering,” she said. The United States accepted about 85,000 refugees in 2016, but has set a cap of 45,000 this fiscal year. It has also tightened restrictions on who can enter.

Add to that President Trump’s efforts to ban travel from a number of Muslim-majority countries and end protections for undocumented individuals who were brought to the country as minors. The administration has also set new deportation priorities that cast a wider net, for example targeting people who are charged with crimes even if not convicted.

“In Minnesota we are seeing people in detention because they are undocumented,” even with no criminal history, McKenzie said. Many immigrants do not know they have the right to refuse to answer questions if they are detained; two-thirds are deported without going before an immigration judge, she said.

McKenzie, the group’s deputy director, said many immigrant families are living with a great deal of stress, aggravated by public myths, for example that refugees are given free cars and that migrants drain public assistance. Children of undocumented parents live with a constant fear of losing them and ending up in foster care (which actually adds to public costs). And Muslim immigrants face unfounded cultural fears.

When asked if Minnesotans were welcoming to immigrants, McKenzie said a more important question is whether we are treating them with dignity: “Are we letting people thrive?”

(Note: After McKenzie spoke, things got even worse for migrants in the United States. The Trump Administration announced it was ending a program, Temporary Protected Status, that had allowed Haitians to stay in the United States since the 2010 earthquake devastated their country. And it withdrew from the U.N. Migrant and Refugee Compact.)