The Only Wall We Need

Notes from the July 15 EQB Meeting 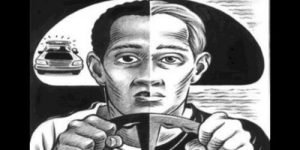 I am having difficulty envisioning how we move forward as a society after the contentious acquittal of Officer Yanez for the Philando Castile shooting. No matter what one thinks of the verdict, there was never going to be a good end to that ill-fated encounter last summer.  Yet there was a temporary suspension of judgement and short-lived respite from outrage while a police officer was brought to trial.  And a modicum of satisfaction in the broader community that our system of justice played out as it was designed to do. But that is no consolation to the family and friends of Castile or the many other black and brown Americans who face prejudice, bias and fear as a regular part of their lives. And it is little consolation to humanists who long for a more just world where a Black life matters as much as anyone else’s life.

Humanists understand that we live in an arbitrary and flawed world.  There is no cosmic scale of justice embedded in the structure of the universe. The only form of justice that exists is the one we ourselves construct.  While our sense of fairness is driven by our own subjective experiences and collective history, as a species we have tried to objectively codify some guidelines with varying degrees of success down through the centuries.  Admittedly, all attempts at establishing “justice” have been far from perfect—both in design or implementation.

Currently our criminal justice system is primarily based on notions of punishment, retribution and the dubious hypothesis of deterrence.  While the goal of rehabilitation has had some influence in recent times, retribution remains the central focus of our justice system. But in any case, our justice system remains unsatisfying because it can’t right wrongs committed or alter mistakes made. It can’t change circumstances or transform people. It can’t heal broken relationships or rebuild trust.

And given our historical legacy of the enslavement and discrimination of African Americans and the near annihilation and subjugation of Native Americans, our system of justice has remained inadequate to the task of building a just and egalitarian society. The imbalance of power in social relations, the obstinacy of racism, and disagreement over what even constitutes an offense against the state, all complicate our criminal justice system. How do we move forward then in times like these?

The concept of “justice” itself seems elusive – especially in a police shooting of an innocent man.  So many people are unsatisfied by the outcome of the Yanez trial because given the harm done to Philando Castile and his family, justice seems not to have been fairly or proportionally rendered. What do we want to happen in such tragic circumstances?  What kind of outcome are we looking for? As legal scholar Mike Materni and others have suggested, we might look to the notion of “injustice” –wrongs suffered, losses incurred and suffering endured–as a better reference point from which to formulate our aspirations.  Justice is not best construed as some idealized state but as a process by which reparation, restitution and compensation for wrongs committed and harm done are undertaken by the relevant parties. That is very different from simply exacting punishment or retribution.

One of the many take-aways from the Yanez-Castile tragedy is the need to rethink our conception of justice.   And the need to augment our criminal justice system with the practice of restorative justice—an approach that focuses on the harm done to victims.  Small and sporadic efforts have been undertaken in recent years but these are not enough. Our entire system needs to embrace the work of reparations for persistent maltreatments, healing of damaged relationships, bridging differences and building trust—not just in civil cases, but in criminal cases and especially those that involve our law enforcement personnel.  Of course, that’s a tall order for our society, but it’s time we acknowledge the inadequacies of our current legal system to establish a more just society. We’ve got to do better.